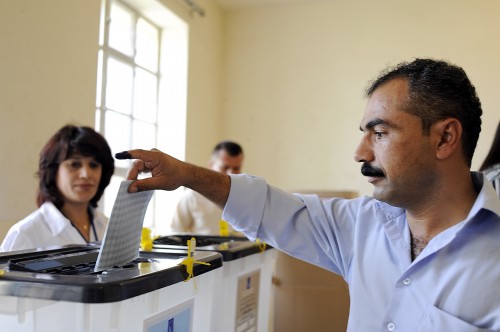 One week before national elections on May 6, the political scene remains unstable, according to media writings, which indirectly point to opinion polls that remain concealed due to a relevant law.

Last Friday, party teams received results by rolling surveys, which monitored public opinion throughout the week. According to protothema.gr, figures reaffirm the climate, which had been formed before the ban of publication of opinion polls. This means that PASOK and ND unity continues to move in low levels while the sum of the two-party on voting intention barely reaches 40%. “So far Mr. Venizelos’ and Mr. Samaras’ goals are not attained”, a pollster told protothema.gr.

A trend that continues to puzzle pollsters is a continuing decrease of the percentages of major parties, a unique observation in decades, according to Naftemporiki.gr. For isntance, New Democracy seems to continue to pay Antonis Samaras’ choice to endorse Simbilidis’ candidacy. At the same time PASOK appears to find it tough to repatriate voters moving further to the left parties, (SYRIZA, Democratic Left parties). So, the inability of both parties to rally their voters leads to a closing of the gap between ND and PASOK.

Latest polling figures add up ND and PASOK percentages between 30 to 40%. Pollsters find it difficult to reach to credible conclusions, due to a big number of undecided voters, as well as unprecedented behaviors recorded amongst the electorate, .