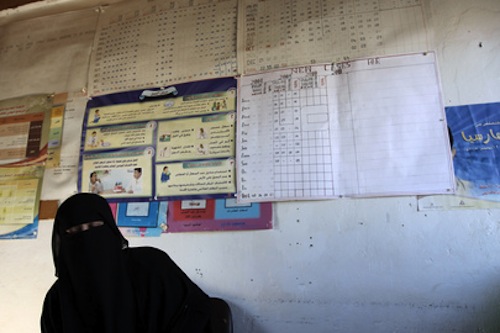 Thousands of destitute migrants from Ethiopia and Somalia are stranded in northern Yemen in deplorable conditions, victims of gross physical abuse and severe economic and sexual exploitation, a United Nations humanitarian official warned on Tuesday, calling for urgent action to address their plight.

“The international community urgently needs to work with and support the Governments in the Horn of Africa and the Gulf to strengthen the management of migration and national borders, combat transnational organized crime and uphold migrants’ human rights,” UN Humanitarian Coordinator in Yemen Ismail Ould Cheikh Ahmed said in a statement.

“In a desperate attempt to seek better livelihood opportunities, many migrants have suffered gross physical abuse and severe economic and sexual exploitation. Many of them, including children, are stranded under extremely difficult circumstances. Their plight must be urgently addressed,” he added, calling for financial support for humanitarian agencies providing aid.

Last year a record 107,500 African refugees and migrants, mainly Ethiopians and Somalis, made the dangerous journey in overcrowded boats to Yemen, the largest influx since 2006 when the UN High Commissioner for Refugees (UNHCR) began compiling such statistics, in hope of finding a better life in the Arabian Peninsula.

In 2011, the UNHCR estimated that more than 100 migrants drowned or went missing en route.

Irregular migrants are extremely vulnerable due to abuse and extortion by smugglers and traffickers. Most migrants have no legal documents and have limited access to livelihoods and basic services. Others fall prey to traffickers.

About 22 per cent of those landing in Yemen are women and girls. Many try to reach Saudi Arabia, but by the time they reach Haradh City in northern Yemen, the majority of this vulnerable group cannot be accounted for. Others suffer repeated sexual and gender-based violence along the journey, Mr. Ould Cheikh Ahmed said.

Between 15,000 and 25,000 irregular migrants are stranded in and around Haradh City in northern Yemen, while others are in Aden in the south. They depend entirely on the generosity of local Yemenis and humanitarian organizations such as the International Organization for Migration and the Yemeni Red Crescent Society to cover basic food, medical and shelter needs.

Humanitarian agencies have for years organized voluntary flights for thousands of migrants in Yemen to return home. This is a life-saving measure for those who have no other recourse, Mr. Mr. Ould Cheikh Ahmed said, but in the long run, more sustainable solutions need to be found involving all stakeholders.