Violations of media rights in Iraq 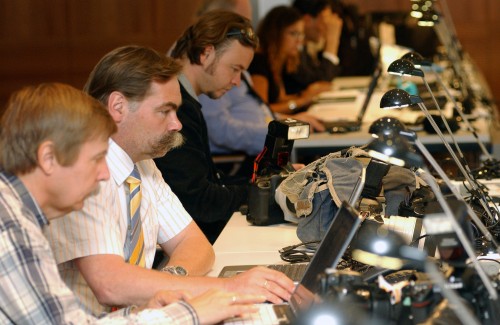 A statement by the Iraq-based Journalism Freedoms Observatory (JFO), issued ahead of World Press Freedom Day on Thursday, recorded numerous cases of violations against media institutions and journalists which the NGO considers to be a threat to freedom of expression and press freedom in Iraq.

Security forces have launched a major campaign of raids on media institutions, both in Baghdad and throughout Iraq the NGO stated.

According to statistics of the Journalistic Freedoms Observatory & the Metro Center to Defend Journalists (KRG), the number of attacks on journalists all over Iraq amount to more than 160 cases, including about 60 violations In the Kurdistan region alone.

The JFO also documented, in images and video clips, assaults against several journalists by security forces in the region.

The Journalistic Freedoms Observatory expresses its concern of recent attacks against the press, strongly condemns them and calls on the Iraqi government to take action to reduce these attacks and violations. It also calls on authorities to investigate all attacks against journalists and media institutions and bring those responsible to justice.

Violence against journalists and restrictions on media have worsened in the past year in Iraq, in a country already thought to have among the worst press freedoms in the world.