When the system favours the rapist – opinion 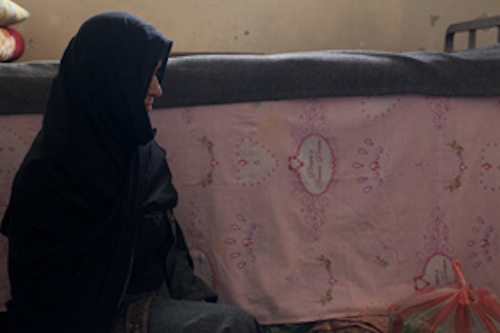 The legal gender imbalance female victims of sexual violence face around the world is undeniable. A recent investigation by the independent Indian weekly Tehelka suggests that the failure of justice in cases of rape and sexual assault is linked to prejudice on the part of those delivering justice. If the report on India is uncovering a face of society not allowed to be visible before, it is hardly an isolated case. Prejudice against rape is a ongoing plague human societies avoid to face and fight.

In the case of India, the attitude of the police towards rape was put under scrutiny when two undercover Tehelka’s reporters posed as research scholars to interview 30 police officers in the Delhi–National Capital Region. Tehelka reported that senior cops of a dozen police stations across Gurgaon, Noida, Ghaziabad, and Faridabad were caught on camera blaming everything from revealing clothes to having boyfriends as the main reasons for rape. Further more, some of them believed that if a woman has consensual sex with one man, then she can’t complain if his friends  join in.

Therefore, as for India, any investigations following a case of rape can be expected to be driven by prejudice, a lack of accuracy and respect, and a low rate of conviction of the perpetrators.

The situation is not different in other countries. A 2012 report by Human Rights Watch on the “Imprisonment of Women and Girls for ‘Moral Crimes’ in Afghanistan” describes similar injustices perpetrated against female victims of rape or sexual assault. The report states that prejudices of those entrusted with enforcing the law help male perpetrators of sexual violence to get away with it. The report reveals that “when women decide to leave because of abusive relationships and unhappiness,” male family members control them by making false accusations and the “ authorities [are] too willing to accept their allegations at face value.”

The report analysed three dozen cases and in most cases the judges allowed their own discretion to prevail: in the case of Tahmina J., 18, instead of pursuing her allegations of rape, the court’s decision warned that women should know that it is not safe for them to go out at night. As a result, she was convicted of zina, a broad meaning that indicates any haram (prohibited) act, and sentenced to two-and-a-half years in prison.

The problem touches every continent. For example, violence against Native American women in the United States is perpetrated at an astronomical level. The United Nations Department of Economic and Social Affairs described the plight of Native American women as a human rights crisis. Amnesty International reported that Native American women are 2.5 times more likely to be stalked and their murder rate is 10 times the national average. Most disconcerting is that Native women report that the perpetrators of more than 85 percent of sexual assaults are non-Native men, as stated by the U.S. Department of Justice.

In Colombia at least two women are raped every hour, according to the Instituto Nacional de Medicine Legal y Ciencias Dorenses (National Institute of Legal Medicine and Forensic Sciences of Colombia). In 2011, a number of groups, including Oxfam and the Casa de la Mujer, a non-profit Bogota-based aid organization, teamed up to produce a report called the “First Survey on the Prevalence of Sexual Violence Against Women in the Context of the Colombian Armed Conflict 2001-2009.” The study showed that from 2001 to 2009, in the 407 municipalities that have an active presence of armed forces, 18 percent of women reported a form of abuse, from rape to forced prostitution. “This means that during the nine years in which the study was carried out, 489,687 women were victims of sexual violence. This is an average of 54,410 women per year, 149 per day, or 6 women per hour,” the report states.

It might come as a surprise that similar cases of prejudice can be found also in Europe, like in the case of the 15-year-old rape victim in Rochdale, England, who had appealed for help through her parents to the social services. She told reporters that the “Social services told my Mum and Dad that I was a prostitute and it was a lifestyle choice and that because I was only six months off turning 16, they weren’t going to do anything.”

This event happened after the Council of Europe via the Committee of Ministers issued the European Assembly Recommendation 1887 (2009) on ‘Rape of women, including marital rape,’ which drawn the attention of member states’ governments for its implementation.

The situation is not necessarily better in Greece, where beside the normal routine of the Greek society where a heavy patriarchy rules, the Sharia law is applied to the Muslim women of Thrace. With the application of Sharia law by the Mufti, which is often ratified by Greek courts despite the conflicting Greek constitutional provisions and international obligations of Greece, an effective gray area is created on matters of sexual violence and rape.

Finally, Roma women not only confront multiple kinds of discrimination as women in Greece, but also as members of the Roma minority in Greece, a community with its own discriminatory patriarchy traditions and practices. Racism, patriarchy and economical disadvantages contribute to underplay any matters of sexual assault, and rape.

A panorama beyond all words horrible. There is nothing else a woman might add here.