Posted on: June 16th, 2012 by AlYunaniya Staff No Comments 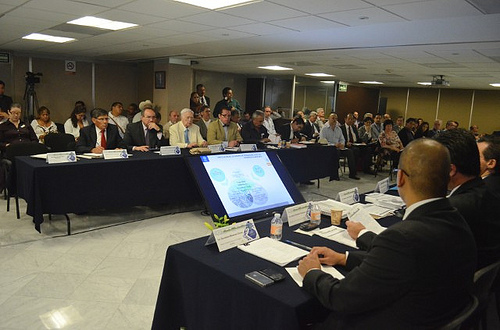 As Greece is one breath away from the crucial vote on Sunday, as mounting international pressure for Greece to honor its commitments to its foreign creditors grows, the world’s ecomomies are on red alert for a possible market panic after Greek election results.

As Reuters broadcasts, citing sources G20 officials, the major central banks are prepared to provide liquidity to the markets after the elections in Greece on June 17. Moreover, they are preparing other emergency measures as well to stabilize markets if the result of Greek elections sparks a new round of instability in the country and the Eurozone.

G20 leaders are set to meet in Mexico on Monday and Tuesday as the results of the cliffhanger Greek vote emerge.

This step from on behalf of central bankers, which consists of taking emergency measures to prevent the value of non-euro national currencies from taking off, is led by chairman of the central bank of Switzerland Thomas Jordan, with the assistance of the authorities of the central banks of Japan, China, India, Denmark and Norway, according to Reuters.

According to the agency, the economic leaders of the most powerful economies are ready – depending on the reaction of the markets – to have an urgent meetingf finance ministers of the G7 even on Monday or Tuesday, before the meeting of the G20 leaders.

European officials also set out plans for coping with turbulence such as if Greeks emptied their bank accounts as the outcome of Sunday’s election, the second since May 6, could determine Greece’s fate in the euro zone. Victory for the anti-bailout far-left SYRIZA party on Sunday can shake the market place. Euro zone leaders have warned Greece that no more funds would be given if Athens does not stick to its austerity measures pushing it towards an exit from the euro zone.