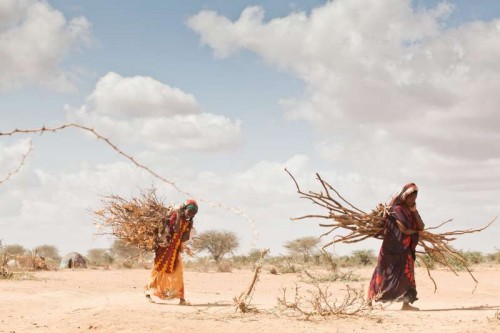 The world experienced “unprecedented high-impact climate extremes” between 2001 and 2010 and more national temperature records were broken during that period than in any other decade, according to a United Nations report launched Wednesday.

The report, The Global Climate 2001-2010, A Decade of Extremes, says the first decade of the 21st century was the warmest for both hemispheres and for both land and ocean temperatures since measurements began in 1850. High temperatures were accompanied by a rapid decline in Arctic sea ice, and an accelerating loss of the ice sheets of the world’s glaciers.

“Rising concentrations of heat-trapping greenhouse gases are changing our climate, with far reaching implications for our environment and our oceans, which are absorbing both carbon dioxide and heat,” said Michel Jarraud, the Secretary-General of the World Meteorological Organization (WMO), which produced the report.

Extreme Floods, droughts and tropical cyclones were all experienced across the world throughout the decade, and more than 370,000 people died as a result of these, representing a 20 per cent increase in casualties from the previous decade.

Floods were the most frequently experienced extreme events over the course of the decade. Eastern Europe, India, Africa, and Australia were particularly affected, as well as Pakistan, where 2,000 people died and 20 million were affected by floods in 2010.

Droughts however, affected more people than any other kind of natural disaster due to their large scale and long-lasting nature. Some of the highest-impact and long-term droughts struck Australia, East Africa, and the Amazon Basin, with negative environmental impacts.

Tropical cyclones were also prominent throughout the decade, with more than 500 cyclone-related disaster events killing nearly 170,000 people, affecting over 250 million, and caused estimated damages of $380 billion.

The report incorporates findings from a survey of 139 national meteorological and hydrological services and socio-economic data and analysis from several UN agencies and partners.

The release of the report coincides with the first session of the Intergovernmental Board on Climate Services, which oversees the implementation of the Global Framework for Climate Services – an international initiative to improve and expand scientifically-based climate information to help society cope with the climate and human induced climate change.

The session, which opened yesterday in Geneva and will run through Friday, 5 July, will focus on how to provide operational climate services to help countries and communities cope with long-term climate change and associated extreme weather events.

“We are already seeing the effects of climate change and so we need to take action through the use of scientifically-based climate services to cushion the impact on our environment, our economies and our societies,” said Mr. Jarraud.

“Decisions on flood defences and dams, for instance, are often based on past experience and not on the likely future. But the past climate is no longer a sufficient guide to the future. We need to anticipate the climate we shall have in the next 50 to 100 years,” he said. “It’s a huge challenge but it’s not a hopeless challenge if we all work together.”