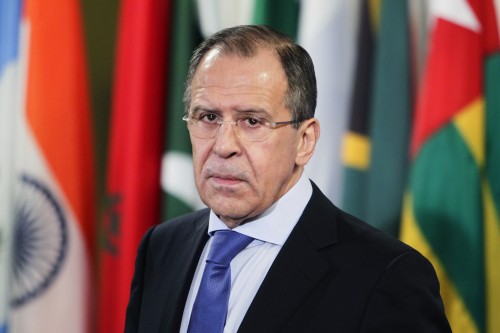 World powers are set to meet in a conference in Geneva on Saturday to hold talks on developing a transition plan to halt the violence in Syria, but differences remain between Syrian ally Russia and other countries.

Annan said on Friday that he was “optimistic” that the Geneva talks would lead to a satisfactory outcome.

Sergei Lavrov, the Russian foreign minister, met Hillary Clinton, in St Petersburg on Friday. He said there was “a very good chance of finding common ground at the conference in Geneva”.

Lavrov, said that he had seen some flexibility on Clinton’s part during their talks.

“I felt a change in Hillary Clinton’s position. There were not ultimatums,” he said. “Not a word was said that the document we will discuss in Geneva cannot be touched,” he said.

A senior US state department official, speaking on condition of anonymity, told the Reuters news agency that “areas of difficulty and difference” remain, but that an accord was still possible.

Kofi Annan, joint UN-Arab League envoy to Syria, has laid on the table a proposal involving the formation of a national unity government comprising leaders from both the government and the opposition.

Annan’s new proposal will call for multi-party elections, and an offer for “significant” international funding to rebuild war-torn Syria, according to a blueprint obtained by the AFP news agency.

According to Annan the transitional government “could include members of the present government and the opposition and other groups, but would exclude from government those whose continued presence and participation would undermine the credibility of the transition and jeopardise stability and reconciliation”, leaving unclear whether Bashar al-Assad will be excluded form the transition government.

Foreign ministers from Turkey, Kuwait, Qatar and Iraq are also set to attend the meeting. Iran, Assad’s other close ally, was excluded – a condition set down by the US – as was Saudi Arabia, which has supported the Syrian opposition.

Meanwhile, Iran’s U.N. ambassador said on Friday that Iran could be a “heavyweight champion” of efforts to bring peace to Syria, according to Al Arabiya.

Assad on Thursday dismissed the notion of any external solution to the crisis, “We will not accept any non-Syrian, non-national model, whether it comes from big countries or friendly countries.

“No one knows how to solve Syria’s problems as well as we do.”