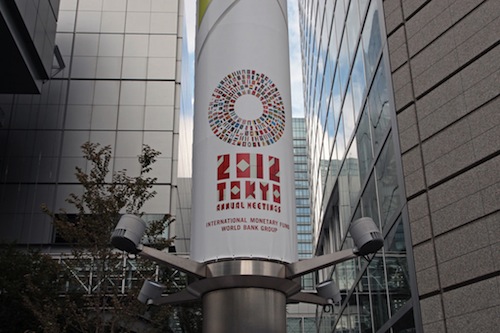 Projecting that global unemployment will rise by seven million next year to 207 million, three million more than previously estimated, the United Nations labour agency called on the world’s major economies to act on their pledge to take urgent action if the economic crisis worsens.

“It is now abundantly clear that such deterioration is under way, and additional measures are urgently needed,” the UN International Labour Organization’s (ILO) Director-General, Guy Ryder, said on the margins of the annual meeting of the International Monetary Fund (IMF) and World Bank Group in Tokyo.

“The countries that indicated their willingness to join such a coordinated effort account for half of global output and so could have a pronounced effect on global conditions,” he added, citing Argentina, Australia, Brazil, Canada, China, Germany, the Republic of Korea, Russia and the United States as having pledged in June to coordinate and implement additional measures to support demand if the global economic situation deteriorated.

The nine made the commitment at a summit of the Group of 20 (G20) leading economies earlier this year in Los Cabos, Mexico. Coordinated action by the world’s leading economies can and must prevent a slide into what he described as a political, economic and social quagmire, Ryder stressed.

New ILO figures, based on the IMF’s downward revision of global economic growth earlier this week, predict that unemployment will rise by seven million in 2013, adding to the current 200 million out of work worldwide. This adds a fresh three million to the previous ILO estimate of a rise of four million in 2013.

Ryder said the latest IMF World Economic Outlook recognises that many governments which embarked on austerity measures underestimated the negative impact of these measures. “This means that these austerity measures caused a larger damage to the economy than previously thought,” he stressed.

Global unemployment is still 30 million higher than before the crisis started in 2008 and nearly 40 million more people have dropped out of the labour market since then. At the same time, the IMF estimates that the benefits of earlier stimulus measures taken since the crisis began have been two to three times higher than previously thought.

A more gradual reduction of debt, combined with low interest rates would have substantial multiplier effects. “And if countries embark on this approach simultaneously, we could put the global economy onto a sustainable recovery and growth track,” he said.