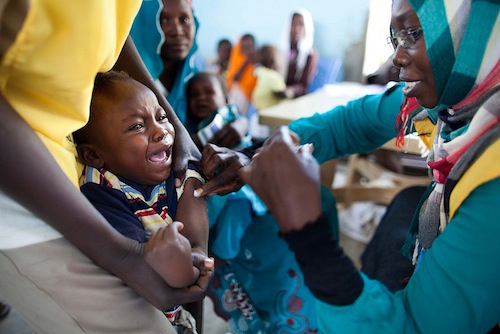 A yellow fever outbreak in Sudan’s Darfur region has killed 67 people so far, the United Nations health agency said, adding that the number of cases has more than doubled since the start of the epidemic last month.

In a report, the UN World Health Organization (WHO) stated that the outbreak has now affected 17 localities in central, south, west and north Darfur, with 194 cases reported – a significant increase from the 84 initial cases reported at the start of the outbreak.

An estimated 200,000 cases of yellow fever, which is caused by a virus spread by mosquitoes, are recorded worldwide each year, with as many as 30,000 deaths reported, according to WHO. Patients experience jaundice, as well as other symptoms, such as fever and vomiting. There is no specific treatment for the disease and vaccination is the single most important measure for prevention.

In addition to monitoring the disease throughout Darfur, WHO said it is training more than 225 health workers in the region on disease surveillance, case management and infection prevention and control.

The health agency is also working with the Sudanese Ministry of Health to dispatch technical teams to help tame the outbreak by conducting investigations on new cases, meeting with local community leaders to raise awareness of the disease, and provide blood bank supplies as well as protective equipment to affected areas.

The report’s recommendations also include strengthening disease surveillance in eastern Darfur, continuing laboratory testing of patients from newly affected localities, and finalizing a vaccination plan that identifies resources available as well as partners to implement it.