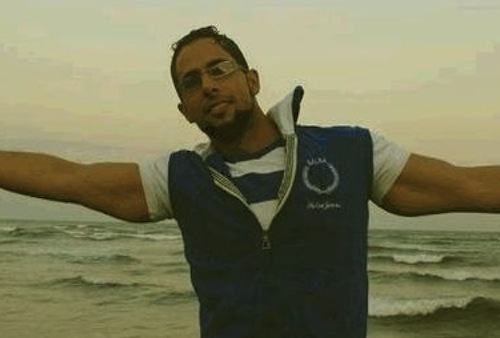 Security forces in Yemen must stop targeting students and other political activists engaged in peaceful protests in the south of the country, Amnesty International said.

There are fears in particular that Aden University student activist Abdul Raouf Hassan Zain al-Saqqaf – who has already been arrested twice this year – may be at risk of arbitrary detention and torture or other ill-treatment before he sits an exam at his university on 3 September.

“Peaceful political activists in Aden and other parts of southern Yemen face repression from the Yemeni authorities, including widespread intimidation and arbitrary arrests, as well as torture or other ill-treatment in some cases,” said Philip Luther, Amnesty International’s Middle East and North Africa Programme Director.

“This repression needs to stop and authorities throughout Yemen must uphold the right to exercise freedom of expression.”

Abdul Raouf is an active member of the Southern Movement, and at the time of his most recent arrest on 10 August he and four other activists had been organizing an event for the Movement in Aden’s al-Mu’alla area.

The Southern Movement (known also as al-Hirak, a short form of its name in Arabic) is a loose coalition of political groups, many of whom call for the peaceful separation of southern Yemen, which was independent until its unification with the north in 1990.

Their gathering was interrupted around 6am when around eight security officers arrived in two vehicles – one of them mounted with a machine-gun turret – and arrested all five activists.

The five were taken to Khormaksar police station in Aden, where they were held until late that night. They were said to have been beaten with rifle butts and a stick that day. The security officers and men in plain clothes singled out Abdul Raouf, accusing him of “teaching” the other activists.

While the other four activists were released by around 10pm on 10 August, Abdul Raouf was hooded and handcuffed before being taken to the Central Prison in al-Mansurah, a district of Aden.

He said he was beaten again in the prison and then held in solitary confinement in a tiny cockroach-infested cell without light or fresh air.

“I had to lie on the cockroaches,” Abdul Raouf told Amnesty International. “I was beaten when I asked to see the director of the prison and they handcuffed me to the bars on the door of the cell for three to four hours. When it was sahur time [the dawn meal before observing the daily fast during the month of Ramadan] they brought bread and milk, but I was not given the milk that was given to other prisoners. Two hours later I started to have severe pain in my stomach and started to throw up.”

A doctor – himself an inmate at the Central Prison – investigated Abdul Raouf’s stomach problems and a spasm in his right leg, and insisted that he be given treatment. On 13 August, the detained activist was again hooded and handcuffed before being taken to al- Naqib hospital for checks.

He said he was beaten again on his way to the prison. Later on the evening of 13 August, he was released but was threatened that “this is not a complete release; you could be brought in at any time”.

Because of an earlier detention in May 2012, Abdul Raouf was forced to miss his second-term exams. He later received permission from the university to take the same exams on 3 September – missing them again will force him to miss a whole year of his studies, he told Amnesty International.

“We’re urging for an independent and impartial investigation to be carried out into Abdul Raouf’s alleged torture by the Yemeni security forces and for anyone found responsible to be brought to justice,” said Luther.

“Threats to keep on disrupting activists’ lives by hinting that they could be whisked away at any moment are outrageous and the Yemeni authorities must not allow such intimidation to continue.”