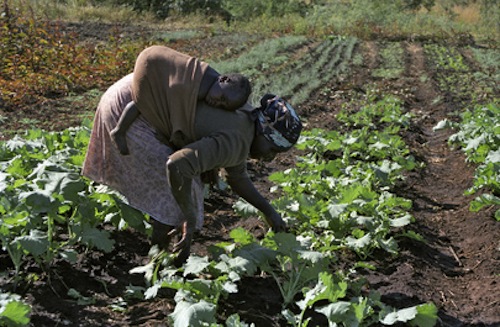 Zimbabwe’s “unity government” is failing to carry out reforms in the country’s Global Political Agreement that are vital for the country to hold credible, free, and fair elections in 2013, according to a Human Rights Watch report.

The 28-page report, “Race Against Time: The Need for Legal and Institutional Reforms Ahead of Zimbabwe’s Elections,” assesses the legislative and electoral reforms undertaken by the unity government, which was established in 2009 after the 2008 elections resulted in violence. The unity government consists of the former ruling Zimbabwe African National Union-Patriotic Front (ZANU-PF) and the two factions of the former opposition Movement for Democratic Change (MDC). The deeply fractured unity government has failed to reform key laws or the justice system, which remains extremely partisan toward ZANU-PF, Human Rights Watch said. It has also failed to hold accountable those responsible for past human rights abuses, including during the 2008 electoral violence.

Many Zimbabweans are concerned that without the needed reforms elections expected in 2013 will result in widespread violence and human rights violations, as occurred in 2008, Human Rights Watch said.

The unity government has failed to make any changes to repressive laws such as the Access to Information and Protection of Privacy Act, the Public Order and Security Act, and the Criminal Law (Codification and Reform) Act. These laws have been used to severely curtail basic rights through vague defamation clauses and draconian penalties. ZANU-PF has not agreed to genuine and comprehensive institutional reforms to end the politically partisan leadership of key state institutions such as the security forces, election bodies, and government broadcasters.

The newly created Zimbabwe Human Rights Commission could help improve the human rights environment, but its mandate is limited to investigating and reporting on human rights abuses committed after the unity government was formed in February 2009, excluding the widespread electoral violence of 2008.

The reconstituted Zimbabwe Electoral Commission has new commissioners, but the secretariat staff is largely the same pro-ZANU-PF team that worked for previous commissions. ZANU-PF resists calls by civil society and the MDC factions for an independent audit of electoral commission staff followed by the recruitment of professional and non-partisan personnel.

The Southern African Development Community (SADC), an inter-governmental body of 15 southern African countries, should independently assess and certify that conditions in Zimbabwe meet criteria in the SADC Principles and Guidelines Governing Democratic Elections before it clears Zimbabwe to hold elections, Human Rights Watch said. SADC should also deploy SADC and African Union election observers to Zimbabwe early and in sufficient numbers, and maintain them on the ground well after elections to deter violence and intimidation.

“SADC should not only call upon Zimbabwe’s political leaders to carry out critical reforms, but clarify the consequences if they don’t,” Bekele said. “SADC and donor governments should not shy away from using sanctions on individuals and other measures to improve respect for human rights in Zimbabwe.”