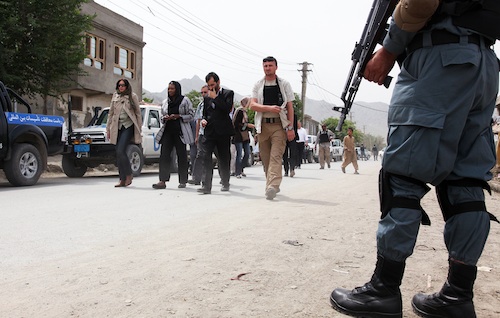 A $100 million grant, to finance the Afghanistan System Enhancement for Health Action in Transition (SEHAT) Program, was signed on Monday between the Ministry of Finance and the World Bank.

The World Bank’s International Development Association (IDA) grant aims to help the government of Afghanistan’s Ministry of Public Health (MoPH) expand the scope, quality and coverage of basic health and essential hospital services. SEHAT will cover both rural and urban areas in 22 of the country’s 34 provinces. It will also strengthen the national health system and build the capacity of the Ministry of Public Health to effectively perform its stewardship functions at the central and provincial levels.

“While we have had significant improvements in access and quality of health care in Afghanistan over the last decade, more needs to be done. We are grateful to the World Bank’s contribution in this regard.”

SEHAT follows two earlier projects financed by the World Bank. With this new financing, the World Bank has provided a total of $335 million since 2003 including support from the Afghanistan Reconstruction Trust Fund (ARTF). This funding would be further supplemented by a proposed ARTF funded grant of $270 million including European Union and Government contribution of $30 million.

According to the World Bank, over the past decade, Afghanistan has made steady progress in the health sector. The number of health facilities in 11 target provinces nearly tripled from 148 to 432. Around 20,000 community health workers—half of them women—were trained and deployed throughout the country, increasing access to family planning and boosting childhood vaccinations. The number of facilities with trained female health workers rose from 25 percent before the project to 74 percent today. At the same time, the number of functioning health facilities increased from 496 to more than 2,000. These interventions have produced significant improvement in the coverage of reproductive and child health services, as well as a significant drop in maternal and child mortality.

“The World Bank’s support has been instrumental in enabling us to save the lives of hundreds of thousands of Afghans, particularly women and children,” said HE Dr. Suraya Dalil, Minister of Public Health of the Islamic Republic of Afghanistan.

“Providing a basic package of health services and an essential package of hospital services has proved to produce encouraging results, particularly in remote and underserved areas. As we continue to deliver our commitment in expanding provision of health services to all Afghans across the country, we appreciate the World Bank’s assistance at this crucial period of the transition process.”

Despite recent progress, the country faces significant challenges in the sector. Afghanistan’s infant and under-five mortality rates are still higher than the average for low income countries, and child malnutrition rates are among the highest in the world. About 55 percent of children under-five suffer from chronic malnutrition and women and children suffer from high levels of vitamin and mineral deficiencies.

The Ministry of Public Health will implement SEHAT program over a period of five years.