Posted on: September 30th, 2012 by Julie Jalloul No Comments 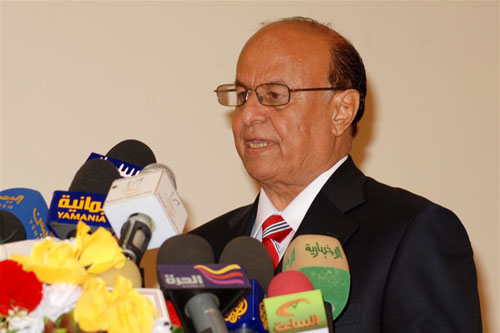 Additional pledges of support totaling US$1.5 billion were announced at the ‘Friends of Yemen’ conference in New York City. This brings the total amount of international support for the two-year transition process in Yemen to US$7.9 billion.

The New York City meeting follows a successful donor conference in the Saudi capital, Riyadh, held earlier this month. Co-hosted by the World Bank, Saudi Arabia and Yemen, the donor conference reached its funding goal with international donors pledging over US$6.4 billion.

The support pledged will go towards the implementation by President Al-Hadi’s government of its 18-month economic reconstruction and recovery plan, the Transitional Program for Stabilization and Development. The plan was supported by an extensive assessment of the social and economic effects of the recent political crisis in Yemen conducted by the World Bank, United Nations, European Union and Islamic Development Bank.

“President Al-Hadi has launched a vitally important project to give all Yemenis a say over the country’s future,” said Dr. Jim Yong Kim, President of the World Bank Group. “The World Bank Group will put its very best efforts and expertise behind this ambitious plan. The challenges Yemen faces today of poverty, extreme hunger and instability demand the ongoing and united support of the entire international community.”

In addition to the recently completed social and economic assessment, the World Bank is currently managing 19 projects in Yemen with a total commitment of US$700 million, and has pledged to add US$400 million in additional resources over the next two years. Consultations have been held with government officials and across a broad spectrum of Yemeni civil society to develop an Interim Strategy Note (ISN) to guide the Bank’s engagement in Yemen over the next eighteen months. The ISN will be based around four overarching goals: the promotion of economic stability; protection of the poor and vulnerable; revitalization of the private sector as the future source of growth; and making government more accountable to its citizens and better able to deliver vital services.

A year of political unrest in Yemen brought an end to the 33-year rule of former President Ali Abdullah Saleh. Following the signing of a Gulf Cooperation Council initiative in November, 2011 a Government of National Reconciliation was formed, and President Al-Hadi was confirmed as interim president.

A two-year transition process has been launched that will oversee the writing of a new constitution and culminate in new presidential elections. But as the government tackles these challenges, Yemen is also on the edge of a humanitarian crisis, with unstable security conditions due to ongoing hostility. One third of the population – 10 million Yemenis – are food insecure, and one million children under 5 are malnourished. Increased militancy in the south has displaced 150,000 people since May 2011.