Posted on: December 30th, 2012 by AlYunaniya Staff No Comments 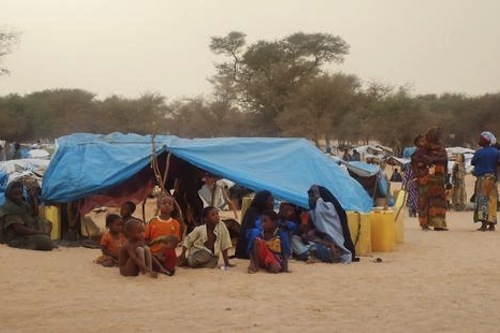 The Council voted unanimously on Thursday to approve an African-led force with “use all necessary measures” at its disposal to take back the country’s north from “terrorist, extremist and armed groups”.

“An international armed intervention is likely to increase the scale of human rights violations we are already seeing in this conflict,” said Salvatore Saguès, Amnesty International’s researcher on West Africa.

Civilians in the north are already suffering under the rule of the armed Islamist groups that have controlled the region since April 2012.

Amnesty International fears that during the intervention, indiscriminate attacks, arbitrary detentions, torture, extrajudicial executions, and the use of child soldiers by both sides, could become even more widespread.

In order to prevent a new surge in abuses, Amnesty International is calling on the UN to ensure that any military force is bound by effective safeguards for civilian protection. Human rights monitors must be sent to observe the conflict closely, with particular attention given to government-supported militias.

“The United Nations has to ensure that any intervention force fully complies with international humanitarian and human rights law, and prioritises the protection of civilians caught in the conflict,” said Salvatore Saguès.

“The African armed forces that could take part in this intervention should not have been involved in human rights abuses against their own population.”

Since April 2012 Islamist groups in Mali’s north have imposed a reign of terror, introducing punishments such as amputations, flogging, and stoning to death for those who oppose their interpretation of Islam.

At the beginning of the conflict, the Malian security forces responded to the uprising by bombing Tuareg civilians, and arresting, torturing and killing Tuareg people apparently only on ethnic grounds. Military intervention risks triggering further ethnic conflict in a country already riven by attacks on Tuareg and other lighter-skinned people.

The Malian army is currently dominated by the military junta which overthrew the democratically elected President Amadou Toumani Touré in March 2012, and is still heavily influential in political life.

Malian soldiers have been responsible for extrajudicial executions, enforced disappearances and torture. For example, a group of 16 Muslim preachers comprised of Malian and Mauritanian nationals were arrested and then executed by the Malian military in September 2012, in Diabaly (400 km northeast of Bamako).

“The Malian soldiers have benefited from total impunity. We fear their participation in an armed intervention in the North might lead to further violations against a background of retaliation and revenge”, said Salvatore Saguès.

Amnesty International is also urging the UN to prepare for a deepening refugee crisis. The conflict has already displaced up to 400,000 people, resulting in a flood of refugees to neighbouring countries poorly prepared to protect them, including countries suffering humanitarian crises due to region-wide food shortages.