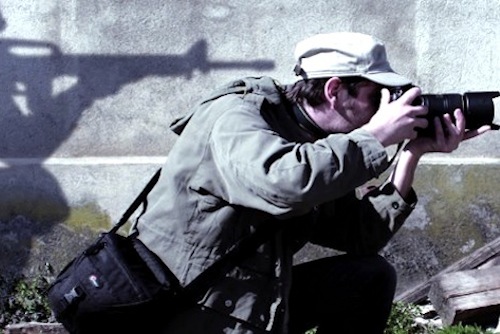 Sudan should immediately stop censoring newspapers and end all forms of repression of media and journalists, Human Rights Watch says. In recent weeks, authorities have stepped up censorship of print media. Authorities at the National Telecommunications Corporation also block access to the websites of the opposition online newspaper Hurriyat and the popular forum Sudanese Online.

“Sudan muffles critical speech through a long menu of direct and indirect tactics, violating the basic freedoms enshrined in the constitution,” said Daniel Bekele, Africa director at Human Rights Watch. “Sudan should stop trying to silence anyone who says anything the government doesn’t like.”

Although Sudan’s 15 daily political newspapers have a greater semblance of freedom than the state-controlled broadcast media, the newspapers are subject to various methods of censorship and punitive measures for publishing articles on sensitive issues. The National Intelligence and Security Service (NISS) is largely responsible for these tactics.

On April 3, 2013, NISS re-imposed direct pre-printing censorship on at least four independent dailies: al-Ayyam, al-Sahafa, al-Khartoum, and al-Youm al-Tali. The first two are being censored directly, required to clear the content of each edition with NISS officials in advance. The other two were later exempted from this process, but are still getting phone calls from security officials directing their coverage.

For example, after a police mutiny in West Darfur on April 21, an NISS official called al-Khartoum newspaper, one of the paper’s editors told Human Rights Watch: “They told us not to mention a single word outside the official statement of the Ministry of Interior on the events.”

On March 24, NISS confiscated al-Khartoum’s print run because the newspaper published a report about a protest planned by the families of six political detainees. Most of the detainees have been held for almost four months without any judicial review because they held talks in January with rebel groups in the Ugandan capital, Kampala.

When the paper’s editors asked the NISS official who had the issue confiscated for an explanation, he said the paper “has already crossed the red lines too many times,” the editor told Human Rights Watch.

In September 2009, President Omar Al-Bashir announced the end of more than a year of pre-publication censorship for all newspapers, a system under which NISS officials visited the newspaper offices every night to screen draft copies and expunge any objectionable content on a long list of sensitive issues.

The banned topics included the armed conflicts in the country’s peripheries and the indictment of Al-Bashir by the International Criminal Court (ICC). In announcing the decision to lift censorship, al-Bashir warned journalists not to cross the “red lines” and required chief editors of newspapers to sign a document obliging them to exercise “self-censorship.”

However, NISS officials continued to use various tactics to exercise censorship, ranging from making phone calls to issuing orders about coverage to confiscating entire editions or shutting down newspapers without court orders. On January 2, 2012, the NISS closed down the anti-government Ray Al-Sha’b and 10 days later the privately owned al-Wan, both without explanation. Al-Wan was allowed to resume publishing on March 15, 2012 while Ray Al-Sha’b remains closed.

On June 11, the NISS director-general, Mohammed Atta, suspended publication of the privately owned newspaper al-Tayyar, which remains closed. NISS suspended another privately owned daily, al-Jareeda, on September 27, but allowed it to resume publishing on December 15.

In August 2011, following South Sudan’s independence from Sudan, the NISS closed down six newspapers, including the anti-government Ajrass al-Hurriya, on the pretext that their shareholders include citizens from South Sudan. And in mid-2012, the government again stepped up harassment of journalists and censorship in the aftermath of fighting between Sudanese and South Sudanese forces at Heglig oil fields. In late 2011 and early 2012, NISS effectively blacklisted 15 journalists.

While many of the journalists were later allowed to resume work, Rasha Awad, a columnist, has not been permitted to write since NISS shut down Ajrass al-Hurriya, where she had worked. Haidar al-Mukashfi, a prominent columnist at al-Sahafa, was suspended for nearly a year, beginning on April 24, 2012, when he was summoned to the NISS media office in Khartoum, interrogated for four hours and ordered not to write again until he received further notice. He was only allowed to resume writing on April 12, 2013, after his editor-in-chief obtained permission from NISS.

More recently, the editor-in-chief of the newspaper al-Sahafa, al-Nur Ahmad al-Nur, said that NISS ordered him on April 3 to resign from his position because of articles the paper had run, or the NISS would ensure that the paper was closed down for good.

Sudan’s National Security Act of 2010 gives the NISS sweeping powers of arrest, search and seizure as well as immunity from prosecution for its agents. Sudan’s interim constitution of 2005 guarantees freedom of the press, however, and does not give the security apparatus any powers of arrest or authority over the press.

Sudan is a party to both the African Charter on Human and People’s Rights and the International Covenant on Civil and Political Rights and as such has undertaken legally binding obligations to respect free speech. The actions of the NISS against journalists and media outlets clearly violate these obligations, and the rights of Sudanese citizens, Human Rights Watch said.

“The security agency officials’ intimidation and threats of the news media are clearly designed to ensure that the Sudanese people are kept in the dark about sensitive topics that are of huge public interest” Bekele said. “The security’s agency’s censorship also underscores the need for urgent reform of national security laws in line with international standards.”