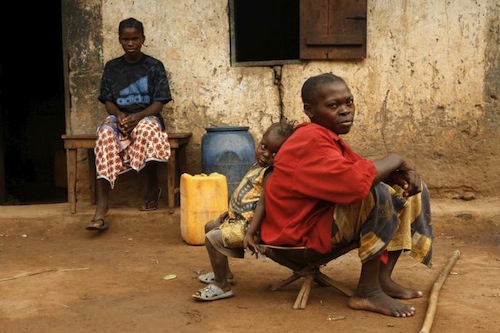 “The Secretary-General appeals for calm and for the respect of the rule of law in the CAR,” Mr. Ban’s spokesperson said in a statement, adding that Ban is “deeply concerned by reports of serious violations of human rights. He underscores that those who are responsible for committing such violations will be held accountable.”

Fighting broke out last Friday as armed rebels advanced towards the capital. According to media reports, at least nine South African soldiers were killed yesterday trying to prevent the rebels from taking Bangui. There were also reports of heavy looting in the city, including several UN offices which had their equipment damaged and relief supplies stolen.

“Ban is concerned by the dire humanitarian situation in the country and the reports of ongoing looting in the capital, Bangui, including of United Nations property,” the statement said.

“The United Nations is taking all precautions to protect its staff and reminds the authorities of their obligations to ensure the safety of all United Nations personnel and premises.”

The Country Director of the Office for the Coordination of Humanitarian Affairs (OCHA), Amy Martin, described the security situation in the capital as unpredictable, and said that incidences of sporadic – and sometimes intense – gun fire continue to be heard in the suburbs of Bangui.

“It is not safe to continue operating, no one has a house to live in, no one has electricity, no one has water and no one has an office to work in now because everything has been looted,” Martin said in an interview. “Safety is a relative term; we are trying to stay out of harm’s way.”

All non-essential staff have already been evacuated and will be temporarily housed in Yaoundé, Cameroon, and Martin added that if the situation continues to worsen, humanitarian workers will not be able to continue operations.

There are currently 1.5 million people in the country who need assistance, and the latest fighting will likely increase that number unless the situation improves and aid workers are allowed to reach those affected.

Fighting flared up again in CAR in December 2012 when the Séléka rebel coalition launched a series of attacks. The fighters took control of major towns and were advancing on Bangui, before agreeing to start peace talks under the auspices of the regional group known as the Economic Community of Central African States (ECCAS).

A peace agreement was reached on 11 January in Libreville, Gabon, resulting in a ceasefire agreement and creating a government of national unity in which opposition figures were given key posts, but the rebels claim the Government is failing to live up to its commitments.

In the statement, Ban reiterated that the Libreville Agreements, negotiated by the heads of State and government of the ECCAS, remain the most viable framework to ensure durable peace and stability in the country, and added that the UN will continue to work closely with African Union and ECCAS to help resolve the crisis.