Posted on: October 15th, 2013 by Tina Michalitsis No Comments 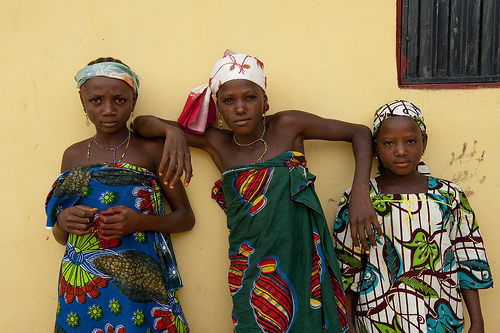 Many development projects are helping girls to stay in school and find jobs, but do they really close the gender gap? A team of World Bank analysts looking for what works and what doesn’t presented a rigorous examination of several projects during a side event of this year’s World Bank- IMF Annual Meetings.

During the event, “Empowering Women Through Evidence in Africa,” held on October 12th, four economists and one legal expert working with the World Bank Africa’s Gender Innovation Lab quickly presented their research and heard feedback on their work from African Ministers of Finance, leaders of NGOs and others. The Gender Lab is using impact evaluations to measure how projects are improving the lives of African women.

“Our commitment to gender equality in Africa is evident in our agenda,” said Makhtar Diop, World Bank Vice President for the Africa Region, who kicked off the event.

“In 2010,” Diop said, “70% of our projects were gender informed and that has risen to 94% in 2013. We want to make our programs gender smart and that means using cutting edge research and evidence to do the right thing to achieve gender equality.”

There is a lot of advocacy these days about empowering adolescent girls that hasn’t been backed up by the kind of hard evidence that we should be looking for,” said Shubha Chakravarty, a World Bank Economist in the Africa Region.

In Liberia, after participating in a club where participants discussed life skills, especially focused on reproductive health, girl’s employment rates rose to 47% and their earnings were increased by about $32 dollars a month, or 80%, she said.

In Uganda, for girls in a similar club, motherhood decreased by 26% and the number of girls who reported having had sex against their will dropped by 76% over the past year, Chakravarty added.

“The programs were also cost effective,” she said, citing a $1,500 investment per year per girl in the project in Liberia, which was recouped within two years. “These were two very different models of empowering girls, but both are a good investment,” Chakravarty said.

After hearing all five presentations, Claver Gatete, Minister of Finance and Economic Planning for Rwanda, said he agreed with all of the research findings.

“But what matters, first of all, is a belief by the country and the leadership that this is necessary. If you don’t believe in it as country and own it, then it won’t work,” he said about taking steps to promote gender equality.

Following Rwanda’s genocide, according to Gatete, women were heading many of the households for the first time.“The country leadership discussed this, and we decided that if we are going to have development it has to be inclusive for everybody,” he said.

As a result, Rwanda has established an agenda to support women that includes a Ministry in charge of promoting families, programs that support women farmers, and specific budget items to provide resources for these gender equality measures. “It doesn’t matter if you have goodwill, you must have laws in place to spread gender equality,” Gatete said.  According to Gatete, in Rwanda the state constitution supports gender equality.

Tazeen Hasan, World Bank Legal Specialist for Gender and Development, presented the findings of a project on legal rights for women. Cultural constraints such as allowing or encouraging girls to marry at a very young age, land laws that restrict women from land ownership, or even family law that require women to obtain permission from their husbands to start a business, keep women out of the labor force, Hasan said.

Winnie Byanyima, Executive Director of Oxfam International, agreed that these cultural norms are powerful obstacles for girls and women seeking ways to earn their own incomes.

“ Whose work is it to sensitize a country about the cultural constraints that keep women out of the labor force?” Byanyima asked. “Often it is the job of the NGO,” she said. “I think there is a need for everyone to be involved in this awareness raising. There is a role the government, and even for the private sector.”

The World Bank’s Diop praised the work of the Gender Innovation Lab.

Diop concluded by saying that it’s critical to spread this knowledge developed by the Gender Lab.  “This team is always on the move,” he said. “And is ready to travel to any of your countries, to talk to your parliamentarians, or anyone in society and explain that things are happening on gender in Africa.”