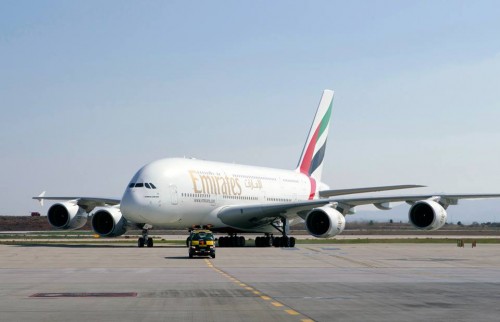 Emirates SkyCargo, the freight division of Emirates, has cemented its position as a leading global player in air cargo industry by winning the ‘Cargo Airline of the Year 2013’ award at the Air Cargo Week World Air Cargo Awards.

Emirates SkyCargo received the accolade at a Gala Dinner on Wednesday, June 5 which took place at The Westin Grand Hotel in Munich against the backdrop of transport logistic 2013, the world´s largest trade fair for transport and logistics.

“Receiving this award is something that I share with our entire Emirates SkyCargo team whose hard work and commitment make all of our success possible.”

The awards come at a time of continuous growth for SkyCargo. Earlier this year, the freight division of Emirates significantly boosted its cargo capacity with the addition of three new Boeing 777F aircraft, taking its freighter fleet to 10 aircraft and its dedicated freighter network to 13 destinations. These are Taipei, Chittagong, Eldoret, Lilongwe, Chicago, Almaty, Gothenburg, Zaragoza, Viracopos, Tripoli, Djibouti, Hanoi and Liege.

Emirates SkyCargo currently serves a route network of more than 130 destinations in 77 countries, spanning six continents across the globe.

In recognition of its overall policy of excellence in every area of operation, SkyCargo was recently presented with a number of prestigious industry awards, such as ‘Cargo Airline of the Year 2013’, ‘Best Middle East Cargo Airline’ (both Air Cargo News), ‘Best Air Cargo Carrier Middle East’ (AFSCA), ‘Cargo Operator of the Year’(SCATA) and ‘Air Cargo Excellence Award’ (Air Cargo World).