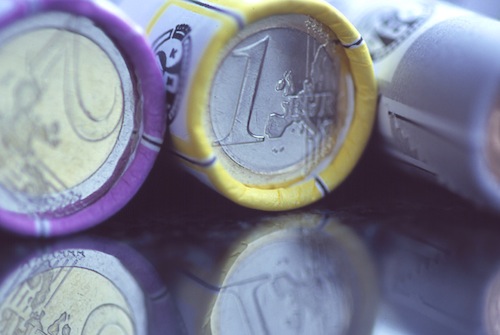 Eurozone finance ministers agreed Tuesday to offer Spain 30 billion euros by the end of the month to help its troubled banks.

After nine hours of ministerial talks, Jean-Claude Juncker, the Luxembourg premier who also heads the Eurogroup , said a memorandum of understanding for Spain would be formally signed “in the second half of July,” with 30 billion euros ($37 billion) available by the end of the month.

The 27 ministers also agreed to extend a deadline for Spain to cut its public deficit to the EU 3.0 percent limit by one year to 2014 because of the difficult economic conditions Spain faces but underlined that Madrid must implement all the measures needed to bring its public finances in line with EU norms.

European economic affairs commissioner Olli Rehn insisted that Spain will have to meet all the obligations under the EU’s excessive deficit procedures.

Olli Rehn said Spain’s public deficit was now expected at 6.3 percent of Gross Domestic Product this year, 4.5 percent in 2013 and then 2.8 percent in 2014, according to AP.

Spain in May revised its 2011 public deficit figure, saying that it stood at 8.9 percent, up from 8.51 percent reported earlier and way above the original 6.0 percent target for the year, according to AP.

The same month, the EU warned that Spain would miss its public deficit targets this year and next while remaining in recession through 2013.

The conservative government of Prime Minister Mariano Rajoy has pledged to cut Spain’s public deficit to 5.3 per cent this year.

Juncker and Rehn said the meeting had also discussed the situation in Greece, specifically about its newly elected government has planned, and had also reviewed the position in Cyprus, which has just asked for EU aid.