Posted on: April 22nd, 2012 by AlYunaniya Staff No Comments 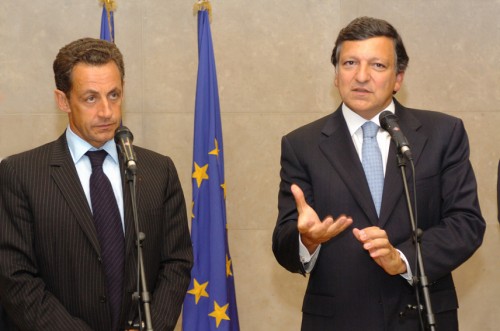 More than 44 million French voters are headed to the polls that could make Nicolas Sarkozy the country’s first president to lose a fight for re-election in more than 30 years, france 24 reports.

According to French law, if no candidate wins 50% of the vote, the top two contenders head for a knock-out round, set to be held on May 6, 2012.

The two political leaders are on course to finish in the top two in Sunday’s polling, therefore setting them up to square off in a second round vote on May 6.

The outcome of that vote will decide who is France’s president for the next five years.

Voting has begun in France’s overseas territories but on the mainland citizens must wait until Sunday to cast their ballots.

Over the past  months, campaigning has concentrated on the economy as France confronts an unemployment rate of around 10%,  its highest in 12 years, and a stagnant economy as the eurozone debt crisis continues.