Posted on: August 13th, 2012 by AlYunaniya Staff No Comments 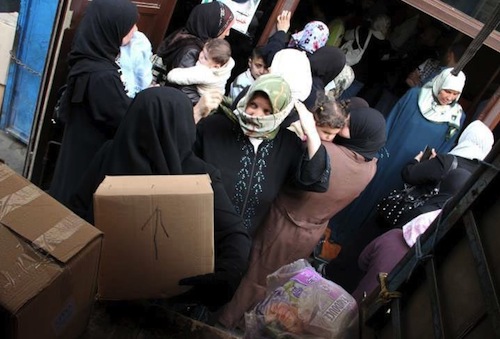 Haralambos Pantelidis, told SKAI that Greek authorities were working with officials in Turkey, to deal with the potential influx of Syrian refugees crossing the neighboring country.

Greek Public Order and Citizens’ Protection Minister Nikos Dendias announced last week that 1,800 additional officers had been ordered to the border with Turkey. Greece currently has around 600 border guards in the area, according the Panhellenic Association of Border Guard Officers. Dendias also said 26 floating barriers will be placed along the Evros River that divides Greece and Turkey.

Meanwhile, the Greek border guard officers’ association has complained that the decision to increase border patrols is inadequately planned and will have little results unless dozens of immigrant detention centers are built first.

Until now there is no significant number of Syrians making the  1,400 kilometer trek across Turkey to Greece but the Greek government has been conducting a crack down on illegal migration in general, especially as the country faces an economic crisis and an unemployment rate of more than 20 percent.

Greece is the busiest entry point for illegal immigrants trying to reach the European Union. Turkey, meanwhile, is hosting thousands of Syrians who have fled their country’s violence.  Turkey is currently home to more than 50,000 refugees living in camps along the Syrian border.  The UN announced on Friday that there were more than 6,000 new arrivals in Turkey this week alone, many from the Syrian city of Aleppo and surrounding villages, while others came from Idlib and Latakia.

“There is major concern,” Dendias said when asked about the situation in Syria, where rights activists estimate more than 21,000 people have been killed since a popular uprising against President Bashar Assad’s regime began in March 2011. ”Our aim is to put an end to Greece’s” porous frontier, Dendias aadded.