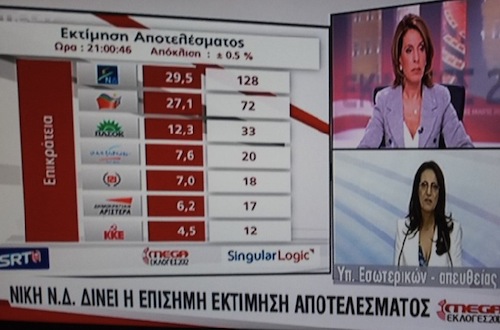 A 7-party Parliament, formed by the same parties that entered the House in previous elections, is forecasted by the official Interior Ministry estimate for June 17 run-off election.