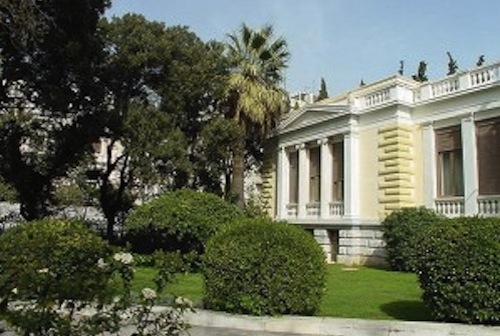 Prime Minister Antonis Samaras had a telephone contact yesterday evening with Cyprus President Nicos Anastasiades, following the rejection by the Cyprus House of Representatives of a levy on bank deposits proposed by the Eurogroup, as part of a bail-out programme, AMNA informs.

Samaras expressed the Greek government’s support to Cyprus, while his discussion with Anastasiades focused on possible solutions, after the rejection of Eurogroup’s plan.

Earlier Samaras met with coalition party leaders Evangelos Venizelos and Fotis Kouvelis to discuss developments in Cyprus and how they affect the Greek economy.

“The eurozone made a historic mistake which needs to be fixed now”, PASOK leader Venizelos said after the meeting.

Democratic Left leader Kouvelis told reporters that European partners “must reconsider their decision”, stressing that Cyprus’s problems cannot be solved with measures of this kind.

The Cypriot parliament said “no” to Eurogroup plan of cutting the Cypriot deposit. 36 MPs voted against the bills and 19 abstained, while there was no vote in favor, according to protothema.gr.

The communist AKEL, the socialist EDEK, the Greens, the European Party and the centrist DIKO, which is in the co-governing coalition, voted against the measure. The ruling Democratic Rally abstained from voting, enet.gr informs.

“We live the criticality of developments and historical circumstances. The decisions we take today will not be forgotten quickly, but will write history. The country is under an unjust and unprovoked attack. We will not give anyone the right to turn us into a guinea pig,” Democratic Party chairman Marios Karoyian said.

“We are at a decisive turn in our history. Developments in Cyprus will seal the political developments in the EU. This time Cyprus becomes the guinea pig for the haircut in deposits. Behind the decision of the Eurogroup hide political expediencies. I propose to withdraw the request for assistance from troika,” AKEL secretary Andros Kyprianou said.

Meanwhile, Cypriot Finance Minister Michalis Sarris, arrived in Russia for talks with officials there. Cyprus will attempt to strike a deal with Moscow for the sale of troubled Popular Bank of Cyprus, known as Laiki, with Russians most likely seeking some form of compensation for such an investment, Kathimerini writes.

Anastasiades is also thought to be examining the option of making use of social security funds’ reserves, which amount to EUR 5 billion, and offering depositors with more than EUR 100,000 a voluntary haircut in return for natural gas-indexed bonds, the paper reports.