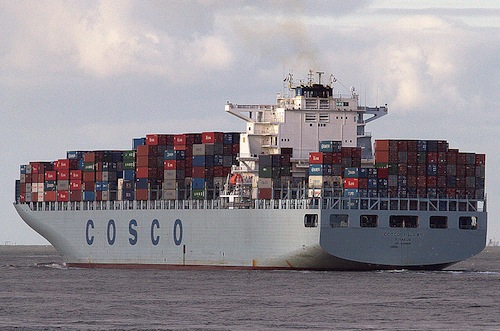 The deal between Hewlett-Packard, Cosco and Trainose to use Cosco’s cargo terminal at the port of Piraeus as a hub and Trainose’s adjacent rail infrastructure to distribute the American company’s products in central Europe, the Middle East, North Africa, the eastern Mediterranean and eastern Europe was signed Friday in the presence of Prime Minister, Antonis Samaras.

Greek Premier welcomed the agreement and said that Piraeus is becoming the “key” transit hub for Europe. “The deal will create jobs”, he added, according to AMNA.

Samaras said: “We give the right to support entrepreneurship in these difficult times, as we must have new jobs,” welcoming the signing of the agreement between the two international companies and saying that such investments provide a new momentum and establish Piraeus on the international map. “Such investments help our country and deal with unemployment, which remains a priority. There are no magic solutions,” he continued, noting that similar actions will soon follow, which will lead the country out of the crisis, protothema.gr writes.

A day before the deal, a key connection of the local railway network to Piraeus port was inaugurated, in an effort to turn the port into a major transit hub for the Mediterranean Sea and Eastern Europe, Capital.gr writes.

“This day is very important as Greek railways and the port of Piraeus enter a new era, the era of intermodal transports,” said Development minister Kostis Hatzidakis.