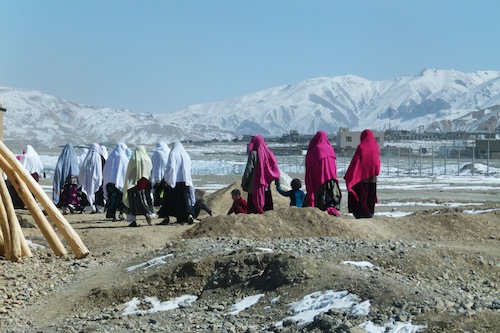 A group of independent United Nations experts today urged countries to include universally agreed international human rights norms and standards, as well as accountability mechanisms, in the goals that will emerge from a UN sustainable development forum in June.

“Global goals are easily set, but seldom met,”  said the 22 human rights experts in an open letter to governments, as the first round of informal negotiations ahead of the UN Conference on Sustainable Development (Rio+20) opened in New York. “A real risk exists that commitments made in Rio [de Janeiro] will remain empty promises without effective monitoring and accountability.”

The Rio+20 conference, to be held from 20 to 22 June in Brazil, is expected to lay the foundation for a set of global sustainable development goals to complement and strengthen the UN Millennium Development Goals (MDGs), the anti-poverty and social development targets that have an achievement deadline of 2015.

Two decades after the UN Conference on Environment and Development in Rio de Janeiro, and 10 years after the World Summit on Sustainable Development in Johannesburg, South Africa, the mounting effects of climate change and environmental degradation have raised the stakes, they said. Both the goals to be elaborated in Rio and the means of reviewing progress must be based on human rights, they added.

“Human rights have guided 60-plus years of progress by providing a legal baseline for political actions. Human rights must now be the glue in Rio: they must bind countries to the commitments they make. States have an opportunity in Rio to create the transformative changes needed or else fare no better than in previous global attempts in this regard.”

They suggested that Rio+20 establish an international accountability mechanism similar to the UN Human Rights Council’s Universal Periodic Review, which subjects each country’s human rights record to a State-led peer review on the basis of information submitted by the country concerned, UN entities, civil society and other stakeholders.

At the national level, governments should establish their own national accountability mechanisms, including independent monitoring and civil society participation, in order to evaluate progress towards achieving the sustainable development goals.

“Our futures and planet are at stake, and we have three months to shape the ideas and political consensus that this huge task requires,” said the experts dealing with, among other issues, water and sanitation; indigenous peoples; internally displaced persons; toxic waste; health; minority issues; adequate housing; and extreme poverty.

As negotiations on the Rio+20 outcome document resumed at UN Headquarters, countries submitted additional comments since the initial round of talks in January. The “zero draft” of the document, entitled ‘The Future We Want,’ was based on more than 6,000 pages of submissions from UN Member States, civil society groups and businesses, among other actors.

“The reason we are gathering here now is because at Rio+20 we must agree on solutions to major global challenges for the sake of everyone, with an eye towards tomorrow’s generations,” said Sha Zukang, Under-Secretary-General for Economic and Social Affairs and Secretary-General of the Rio+20 conference.

“Rio+20 can be the moment when we say we determined the future we want. I urge everyone to realize the opportunities afforded at Rio+20 and to seize them now.”

In addition to the submissions by States, the UN Secretary-General’s High-Level Panel on Global Sustainability has made 56 recommendations, including a proposal to move towards a “new political economy” that would change the way the world measures economic progress to include social and environmental consequences.