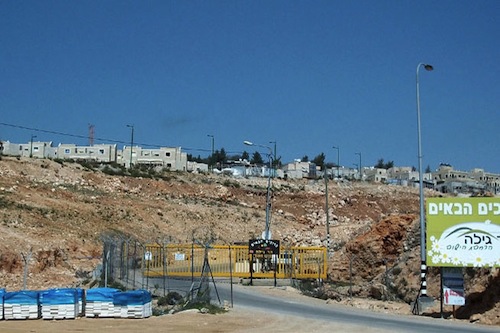 A United Nations independent expert today drew attention to the human rights violations in the occupied Palestinian territory and stressed that attempts to distort the facts cannot mask the reality that Israel’s actions are endangering Palestinians’ lives every day.

“Neither Israel nor its proxies can justify the facts on the ground in occupied Palestine,” Special Rapporteur on the situation of human rights in the occupied Palestinian territories, Richard Falk, said, “so they distract, distort and defame to allow the violations to go on.”

In a news release, Mr. Falk underlined that “irresponsible and dishonest smear campaigns to discredit those who document these realities do not change the facts on the ground 46 after Israel launched the war that began its occupation of Palestine.”

According to Mr. Falk, Israel is actively confiscating Palestinian water and land, having seized an additional 60,000 square meters of land near Nablus just this week.

“Israel continues to annex Palestinian territory; Israel persists in demolishing Palestinians’ homes and populating Palestine with Israeli citizens; Israel maintains a policy of collectively punishing 1.75 million Palestinians through its imposition of a blockade on the Gaza Strip; and Israel prosecutes its occupation with impunity, refusing to accept the world’s calls to respect international law,” he said.

Israel has detained approximately 750,000 Palestinians since the occupation began 46 years ago, equalling nearly 20 per cent of the entire Palestinian population, Mr. Falk said.

“At the end of May Israel had 4,979 Palestinians, including 236 children, in its prisons. Another fact is that Israel constantly holds around 200 Palestinians in so-called administrative detention, which is a euphemism Israel uses for detention without charges.”

Turning to the situation in Gaza, Mr. Falk recalled that, in mid-June, Palestinians in Gaza will enter the seventh year of living under Israel’s blockade.

“Israel’s blockade is suffocating Palestinians in Gaza, with an incredible 70 per cent of the population dependent on international aid for survival and 90 per cent of the water unfit for human consumption,” he said. “These violations deprive Palestinians of hope and make a mockery of revived peace negotiations.”

In his latest report, Mr. Falk describes the situation in Gaza during his visit in December. He is scheduled to present his findings to the UN Human Rights Council on 10 June.

Independent experts, or special rapporteurs, are appointed by the Geneva-based Council to examine and report back on a country situation or a specific human rights theme. The positions are honorary and the experts are not UN staff, nor are they paid for their work.