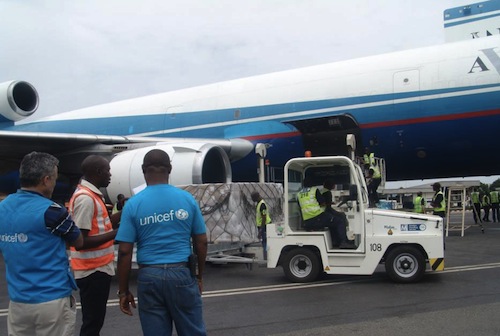 The humanitarian situation in the Central African Republic (CAR) continues to deteriorate, with massive unrest and large-scale displacement across the country nearly three weeks after armed rebels seized power, the United Nations reported.

“Communities affected by the crisis are in urgent need of food assistance, protection, healthcare, and water and sanitation support and there are serious concerns about widespread human rights violations across the country,” the UN Office for the Coordination of Humanitarian Affairs (OCHA) said in an update.

“The ongoing humanitarian efforts have been hampered by insecurity and limited access to people in need,” it added, calling on all parties to facilitate access for all aid workers who need to reach affected communities with life-saving relief items such as food, water, shelter and medical supplies.

As of last week, nearly 40,000 people had fled the country, and on Tuesday the head of the UN Integrated Peacebuilding Office in CAR (BINUCA), Margaret Vogt, told the Security Council via video link from Bangui, capital of the impoverished country, that a return to legality is extremely critical.

The UN Children’s Fund (UNICEF) estimates that the country’s entire population of some 4.6 million people, including over 2.3 million children, is directly affected by the conflict due to the collapse of services and law and order. UN agencies and non-governmental organizations (NGOs) operating in the country have also been affected as they had their offices, vehicles and warehouses looted.

The country has been wracked by factional violence for years, especially in the north. Last month a group rebels entered Bangui and forced President François Bozizé to flee.