IKEA in Greece records a loss of 11.3 million euros 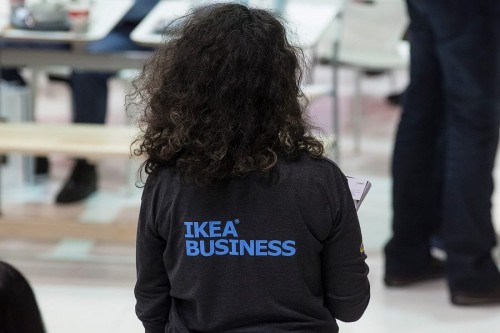 Greek furniture and sport retailer Fourlis Holdings said IKEA recorded a loss of EUR 11.3 million in 2012, as Greek households have sharply cut down on spending.

Fourlis posted a EUR 2.3 million net profit in 2011, according to Reuters.

Greeks have sharply cut down on spending, as result of harsh austerity measures like wage cuts and tax hikes imposed by the government in return for international rescue loans.

Earlier in November, the furniture giant announced that it will cut salaries by an average of 8.5% following the deterioration of the economic situation of the company and the decline in revenues last year.

Menawhile, IKEA in Greece announced Monday noon on its Facebook page, that it took off the stores shelves frozen meatballs after horsemeat was found in IKEA meatballs in the Czech republic.

“About the news posted online concerning horsemeat being in IKEA meatballs in the Czech republic, we will inform you responsibly on the issue after the completion of all necessary controls. Upon the news, the sale of meatballs will be suspended.”

The checks were carried out in response to a European-wide scandal that erupted last month when tests carried out in Ireland revealed some beef products also contained horsemeat.

Fourlis Group group has 5 IKEA stores in Greece and one in Cyprus while in September of 2011 the group’s largest IKEA store opened in Sofia, Bulgaria.

The Fourlis family was ranked fifteenth in the 2009 list of the richest Greeks with 167 million euro. The family business began to grow in post-war Greece, where Anastasios Fourlis began importing and selling German branded appliances.