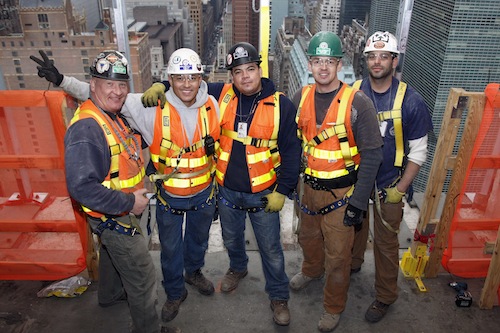 International Labour Organization (ILO) in a report published yesterday says that around 50 million jobs are still missing compared to the situation that existed before the global economic crisis.

In its ‘World of Work Report 2012: Better Jobs for a Better Economy‘ report, ILO warns that recovery is not expected any time soon. It also warns that the global jobs crisis is likely to get worse due to several factors, including the fact that many governments, especially in advanced economies, have shifted their priority to a combination of fiscal austerity and tough labour market reforms.

Such measures are having “devastating” consequences on labour markets in general and job creation in particular, ILO stated in a news release. “The narrow focus of many Eurozone countries on fiscal austerity is deepening the jobs crisis and could even lead to another recession in Europe,” said the Director of the ILO Institute for International Labour Studies and lead author of the report, Raymond Torres. “Countries that have chosen job-centred macroeconomic policies have achieved better economic and social outcomes,” he added. “Many of them have also become more competitive and have weathered the crisis better than those that followed the austerity path. We can look carefully at the experience of those countries and draw lessons.”

Another factor leading to a worsening jobs crisis is that many jobseekers in advanced economies are demoralized and are losing skills, something which is affecting their chances of finding a new job. In addition, small companies have limited access to credit, which in turn is depressing investment and preventing employment creation. “In these countries, especially in Europe, job recovery is not expected before the end of 2016 – unless there is a dramatic shift in policy direction,” according to ILO.

Other factors include the fact that, in most advanced economies, many of the new jobs are precarious and there exists the possibility of increased social unrest in many parts of the world. According to the report’s Social Unrest Index, 57 out of 106 countries with available information showed a risk of increased social unrest in 2011 compared to 2010. The regions with the largest increases are sub-Saharan Africa and the Middle East and North Africa.

The report argues that if a job-friendly policy-mix of taxation and increased expenditure in public investment and social benefits is put in place, approximately two million jobs could be created over the next year in advanced economies.