Posted on: July 22nd, 2012 by Dimitris Ioannou No Comments

Innovative expansion of water and sanitation services in Morocco 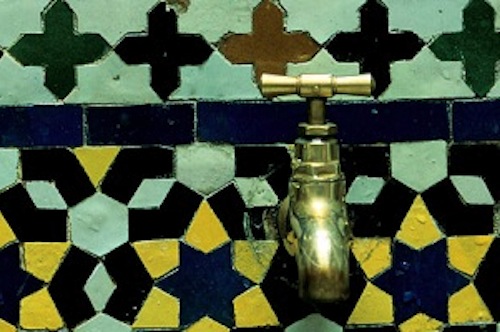 Morocco is a middle-income country with good water infrastructure that provides access to safe drinking water and sanitation to most of the urban population. However, infrastructure was lagging in peri-urban illegal settlements, which often constituted a substantial portion of major cities; amounting to 1.2 million people in Casablanca, or 30 percent of the population, according to the World Bank.

Inhabitants of urban and peri-urban areas relied on contaminated water from shallow wells, water providers who charge high unit prices, or standpipes which required mostly women or children to queue for hours. Most households used cesspits or poorly designed septic tanks, risking further groundwater contamination, while the poorest people often had no form of sanitation at all. These deficiencies had serious and direct impacts on people’s health, their ability to engage in economic activities, and children’s school attendance. These problems also harmed the finances of water utilities, which generally attain very low cost recovery from public standpipes.

In 2005, the Government of Morocco and water utility operators in three cities requested a grant from the Global Partnership on Output-Based Aid (GPOBA) to pilot the introduction of performance-based subsidies to encourage service expansion using an innovative output-based aid (OBA) approach.

The outputs for which subsidies were disbursed were simultaneous network connections to water supply and sewerage services for individual households, or in the case of Meknes, connection to either service. The subsidy was operator- and service-specific and paid in local currency in two steps: 60 percent upon certification by an Independent Technical Reviewer (ITR) of a working water and sewerage connection to an eligible household; and 40 percent upon verification by the ITR of at least six months of sustained service.

The OBA approach helped refocus attention on household demand, which led to increased accountability, strengthened partnerships between local authorities and operators, and made monitoring of service delivery a priority.

The pilot provided subsidized access to water supply to 10,504 households and sanitation services to 9,036 households, hence benefitting more than 52,500 people. The programme contributed to improve women and children’s living conditions as they were/are the major water provider/manager in the family.

The pilot programme was funded through a US$7 million grant from the GPOBA – a multi-donor trust fund administered by the World Bank. The total project cost was assessed at about US$24 million during preparation.

The built-in incentives of the OBA approach were specifically designed to overcome traditional obstacles to expanding services in informal neighborhoods, namely: inability to afford connection costs; complex technical and administrative obstacles to infrastructure development in poor unzoned areas; and reluctance of national and local governments to fund subsidy programs with no accountability or guarantee of results.