Posted on: February 27th, 2012 by Julie Jalloul No Comments 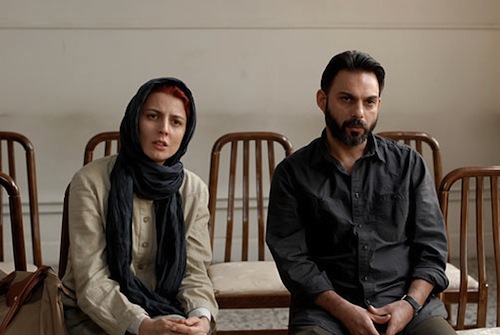 “A Separation” won the Oscar for Best Foreign Language Film on Sunday marking Iran’s first Academy Award. Written and directed by Asghar Farhadi, the domestic drama focuses on a middle-class couple going through divorce, wrapped in the cultural complexities of Iranian Society.

“A Separation” was regarded as the likely victor for the foreign language Oscar after sweeping the awards circuit in Europe and the United States. It also gathered an Oscar nomination for best original screenplay but failed to win in that category on Sunday.The film earned a rare stamp of approval from the Iranian government, describing the country’s foreign film Oscar win as a victory over Israel. The Israeli film “Footnote” about a rivalry between father-son Talmudic scholars,was also nominated  in the film category. Monday state TV broadcast in Iran said the award won by “The Separation” succeeded in “leaving behind” a film from the “Zionist regime,” a reference to the country’s arch-foe Israel.

But Farhadi, in his acceptance speech in Los Angeles, said he hoped the Oscar would raise awareness of Iran’s artistic achievements and rich culture that has been “hidden under the heavy dust of politics, “ as Tensions between the West and Iran have risen in recent months over Tehran’s nuclear program. Iran denies Western claims that it seeks to develop atomic weapons, and says its disputed nuclear program is intended to produce energy and medical isotopes.