Posted on: September 3rd, 2012 by Julie Jalloul No Comments 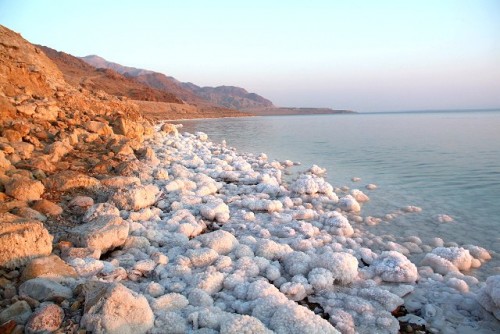 Israeli authorities must end the unlawful exploitation of Palestinian natural resources in the Dead Sea, including granting financial concessions to Israeli settlers and companies in the area, according to a report by human rights group Al-Haq.

The report examines Israel’s responsibilities with respect to the treatment of the occupied territory’s natural resources in the Dead Sea area, and reiterates that, under international humanitarian law, Israel is obliged to administer the natural resources belonging to the Occupied Palestinian Territory (OPT) without damaging or diminishing them and  prohibited from exploiting them in a way that undermines their capital and results in economic benefits for Israeli citizens, including settlers, or for its national economy.

By granting substantial financial benefits to the settlers, as well as by licensing Israeli company Ahava, which manufactures and markets beauty products based on Dead Sea minerals and mud, Israel is openly in violation of its obligations as an Occupying Power in the OPT.

“ It is encouraging and facilitating the exploitation of Palestinian natural resources and actively assisting their pillaging by private actors,” Al Haq said.

Commenting on the report, Shawan Jabarin, General Director of Al-Haq, said, “The Israeli authorities are denying Palestinians access to their natural resources all across the OPT, but this practice is particularly evident in the occupied Dead Sea area. This also clearly demonstrates how Israel is benefiting economically from the occupation. Given that the settlers in the area and Ahava Dead Sea Laboratories directly profit from the appropriation of the Dead Sea natural resources and from the trade of the products extracted and processed in this region, they should be considered as primary perpetrators of the war crime of pillage.”

The report calls on the Israeli authorities to immediately stop the pillaging of the Palestinian natural resources and halt the concession of substantial financial incentives to settlers living in the area and must also revoke the mud mining permission granted to Ahava Dead Sea Laboratories Ltd. in 2004.

The group also calls on the European Union to stop Ahava from taking part in projects it funds, which earned the minerals and cosmetics operation 1.13 million euros in 2011.

Further, it argues that “worldwide cosmetic retailers should provide their customers with clear information about the origin of the products that are sold in their stores.”

Almost two-thirds of the western shore of the Dead Sea lies within the West Bank, which Israel has occupied since 1967. The remaining area is in Israel, and the eastern shore is in Jordan.