Posted on: March 7th, 2013 by AlYunaniya Staff No Comments 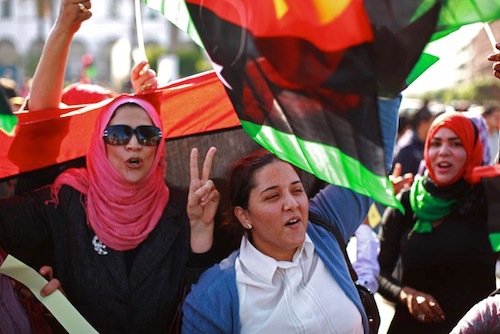 The United Nations stressed the need for Libya’s democratically elected bodies to be able to carry out their duties, as it expressed concern about the escalation of protesters’ attempts to coerce the General National Congress to act on matters on its agenda.

The General National Congress, the highest legislative authority in Libya, was reportedly due to vote yesterday on a bill was proposed in December banning officials from Muammar al-Qadhafi’s regime and their associates from politics.

According to media reports, protesters gathered outside the national assembly when the vote was postponed and refused to let the lawmakers leave, before finally relenting hours later. There are also reports of protestors shooting at the speaker of the parliament, Mohammed Magarief.

The UN Support Mission in Libya (UNSMIL) acknowledged that peaceful protest is a fundamental right, but cautioned that “it is of utmost importance at this critical juncture of Libya’s democratic transition to ensure that the democratically elected bodies and legitimate institutions of the State are enabled to carry out their duties in the service of the people in a conducive environment and that the integrity of their decisions is preserved.”

In a news release, the Mission further said that it “strongly encourages” Libya’s political and community leaders as well as civil society activists and all Libyans, to ensure that the ongoing transition be based on the respect for the law, the democratic principles and peaceful political dialogue.

“The Libyan people have committed to democracy as an irreversible choice and all Libyans owe it to their country and their revolution to come together and ensure that the political process is not derailed,” said the Special Representative of the Secretary-General and head of UNSMIL, Tarek Mitri.

The General National Congress is working on a legal framework necessary for free, fair, and inclusive elections of the Constituent Assembly. Mitri has said that UNSMIL is ready to assist the Libyan authorities throughout the electoral process, at the Government’s request.