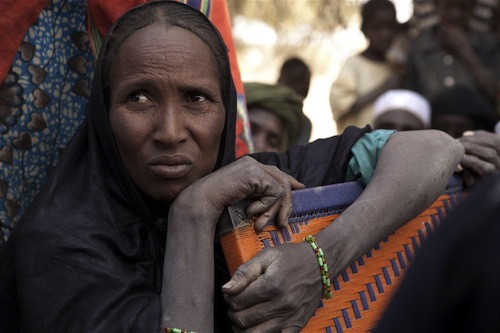 Three Islamist armed groups controlling northern Mali have committed serious abuses against the local population while enforcing their interpretation of Sharia, or Islamic law, Human Rights Watch said. Human Rights Watch in recent weeks has interviewed some one hundred witnesses who have fled the region or remain there.

The three rebel groups – Ansar Dine, the Movement for Unity and Jihad in West Africa (MUJAO), and Al Qaeda in the Islamic Maghreb (AQIM) – have recruited several hundred children into their forces; carried out executions, floggings, and at least eight amputations as punishment; and systematically destroyed numerous religious shrines of cultural and religious importance.In April 2012, the rebel groups consolidated their control over the northern regions of Kidal, Timbuktu, and Gao.

“The Islamist armed groups have become increasingly repressive as they have tightened their grip over northern Mali,” said Corinne Dufka, senior Africa researcher at Human Rights Watch. “Stonings, amputations, and floggings have become the order of the day in an apparent attempt to force the local population to accept their world view. In imposing their brand of Sharia law, they have also meted out a tragically cruel parody of justice and recruited and armed children as young as 12.”

Since July, Human Rights Watch has conducted 97 interviews in Mali’s capital, Bamako, with witnesses and victims of abuses, as well as others knowledgeable about the human rights situation, including religious and traditional leaders, medical personnel, rights activists, teachers, diplomats, journalists, and government officials. Many witnesses had fled the affected areas; those who remained in rebel-controlled areas were interviewed by telephone. Witnesses described abuses taking place in the northern towns of Gao, Timbuktu, Goundam, Diré, Niafounké, Ansongo, Tissalit, Aguelhoc, and Kidal.

In January, the rebel groups had undertaken a military offensive to gain control of northern Mali, originally alongside separatist ethnic Tuareg group, the National Movement for the Liberation of Azawad (MNLA). They have since largely driven the MNLA out of the north.

Ansar Dine aims to impose a strict interpretation of Sharia throughout Mali. AQIM, affiliated with al Qaeda since January 2007, has been implicated in attacks against civilians and kidnaping for ransom of tourists, businessmen, and aid workers, some of whom have been executed. MUJAO, created in late 2011 as a largely Mauritanian offshoot of AQIM, has claimed responsibility for kidnapping several humanitarian workers and, on April 5, seven Algerian diplomats. MUJAO and Ansar Dine have claimed responsibility for many abuses, including killings, amputations, and the destruction of religious shrines and other culturally important structures.

The Islamist groups’ advance took advantage of the political and security chaos that followed a coup in Bamako on March 22 by junior Malian military officers, which reflected their dissatisfaction with the government’s response to the MNLA rebellion. The interim government established in April has since then been dogged by infighting and power struggles, paralyzing their response to the situation in the north.

Ansar Dine, MUJAO, and AQIM appear to be closely coordinating with each other, Human Rights Watch said. While particular groups seem to control particular regions – for example, Ansar Dine in Kidal and Timbuktu and MUJAO in Gao – their forces often move fluidly between areas and have reinforced each other during unrest. Furthermore, several commanders and fighters from MUJAO and Ansar Dine were identified by multiple witnesses as having previously been affiliated with AQIM. Many residents said they reached the conclusion that, in the words of one witness, “Ansar Dine, MUJAO and AQIM are one in the same.” Witnesses said the majority of commanders were non-Malian, and came from Mauritania, Algeria, Western Sahara, Senegal, Tunisia, and Chad.

The Islamist armed groups have carried out beatings, floggings, arbitrary arrests, and executed two local residents, all for engaging in behavior decreed as “haraam”’ (forbidden) under their interpretation of Sharia, dozens of witnesses and five victims from the north told Human Rights Watch. These included smoking or selling cigarettes; consuming or selling alcoholic beverages; listening to music on portable audio devices; having music or anything other than Quranic verse readings as the ringer on cellphones, and failing to attend daily prayers.

On July 30, the Islamist authorities in Aguelhocstoned to death a married man and a woman he was not married to for adultery, reportedly in front of 200 people. Theyalso have punished women for failing to adhere to their dress code – which requires women to cover their heads, wear long skirts, and desist from wearing jewelry or perfume – and for having contact with men other than family members.

Throughout the north, the punishments for these “infractions” as well as for those accused of theft and banditry were meted out by the Islamic Police, often after a summary “trial” before a panel of judges hand-picked by the Islamist authorities. Many of the punishments were carried out in public squares after the authorities had summoned the local population to attend.

Many witnesses described seeing men and women detained or whipped in marketplaces and on the street, often by armed adolescents, for smoking, drinking alcohol, or failing to cover themselves adequately. Some frail elderly residents collapsed from the floggings.

Many residents of Timbuktu, Kidal, and Gao regions told Human Rights Watch that they saw children inside apparent training camps of the Islamist armed groups. They also observed children as young as 11 years manning checkpoints, conducting foot patrols, riding around in patrol vehicles, guarding prisoners, enforcing Sharia law, and cooking for rebel groups. One witness described children being taught to gather intelligence by walking through town and later “having to repeat what they had seen and heard.”

Since April, the Islamist groups have amputated the limbs of at least eight men accused of theft and robbery, seven in the Gao region. Human Rights Watch interviewed the victim of the August 8 hand amputation in Ansongo and two witnesses to the five amputations that took place in Gao on September 10. Amputating the hands, feet, or limbs of an individual as a criminal punishment is torture, in violation of international law.

Islamist militants in Timbuktu have destroyed numerous structures – including mausoleums, cemeteries, and shrines – which hold great religious, historical, and cultural significance to Malians. Timbuktu residents described feeling deeply shaken by the destruction. One woman told Human Rights Watch that, “It only took them about an hour and a half to break apart our heritage, our culture.” A man who witnessed the destruction of the tomb of Sidi Mahmoudsaid, “As they broke the tomb, yelling ‘Allah hu Akbar’ for all to hear, hundreds of us were weeping both inside and out.”

International humanitarian and human rights law prohibits any mistreatment of people in custody, including executions, torture, and pillage. The use of child soldiers and the deliberate destruction of religious and cultural property are also prohibited. Leaders of the rebel groups may be liable under international law for abuses committed by forces under their command, Human Rights Watch said.