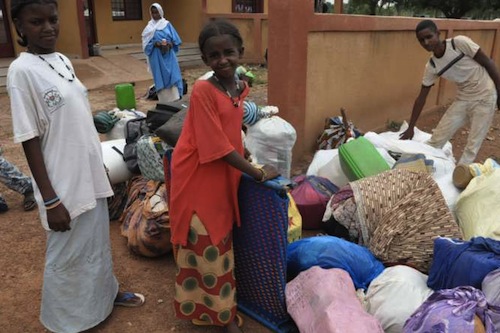 The United Nations could have a peacekeeping operation in place in Mali this July, with approval from the Malian Government and the Security Council, a senior United Nations official today said wrapping up his week-long visit to Mali.

“July could see the transfer of AFISMA to a UN stabilisation mission,” Assistant Secretary-General for Peacekeeping Operations, Edmond Mulet, told journalists in the Malian capital city of Bamako, referring to the African-led International Support Mission in Mali by its French acronym – AFISMA.

In December 2012, at the request of the Malian Government, the Security Council authorized AFISMA’s deployment to support national efforts to recover the north, which had been occupied by radical Islamists. The conflict uprooted hundreds of thousands of people and prompted the Malian Government to request assistance from France to stop the military advance of extremist groups.

Mr. Mulet was in Mali assessing possible options for a UN presence. Speaking to media today, he stressed that any UN force would be limited and focus on supporting the Malian authorities and protecting civilians.

“The sovereignty of Mali is the main objective of this international support,” Mr. Mulet said.

“It is not to create a buffer between the north and the south. The members of the Security Council and the member states are very clear on the need for Mali to extend its authority over all its territory,” he added.

The 15-member UN Security Council would be required to vote on any UN presence in the country. That authorization is likely to be up for debate following a report from Secretary-General Ban Ki-moon due on 27 March. Following Security Council approval, it would take approximately another two month to deploy a force to Mali.