Michel Barnier: ‘It is now up to the Greek people to decide their fate’ 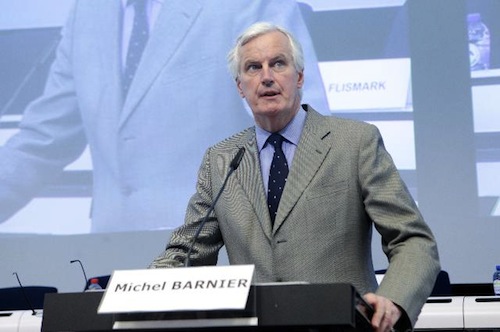 “For the last year, Europe has been faced with a major new challenge. While other parts of the world were moving steadily towards recovery, in the summer of 2011 the Eurozone was hit by the sovereign debt crisis.

This latest crisis is related to the previous crises (financial, then economic and social), which required significant recovery plans from European governments. But the debt crisis was also caused by endogenous factors. In several countries it is the result of years of budget deficits, thus essentially shifting the cost of our current way of life onto future generations. And our collective vigilance has not been sufficient to counter this. In addition, our internal governance mechanisms have been unable to prevent the accumulation of economic imbalances.

All European countries are facing these challenges, even if some are more affected than others. I am of course referring to Greece, to countries that receive international aid, such as Ireland or Portugal, and also to Spain, which is facing a serious crisis in its property sector and in relation to some of its banks.

These doubts about the EU’s ability to overcome the crisis, in Greece and elsewhere, have led to gloomier prospects: growth in the euro zone is expected to be only 0.9% in 2013, compared to 2.6% here in Canada. Those are the facts.

Faced with this challenge, and contrary to what I sometimes read, the EU has not stood idly by.

We have taken the necessary urgent decisions. For example by showing our solidarity with Greece. The two successive rescue packages, which we adopted are for a total of EUR 240 billion, and the private sector has also provided almost EUR 100 billion.

It is now up to the Greek people to decide their fate at the elections on 17 June. Never before has so much been asked of Greece, but I firmly believe that by choosing Europe it will get back on its feet.

The programmes under way in Portugal and Ireland are starting to yield results. In addition, all European countries have made valiant efforts to reduce their deficits – across the EU, deficits have been declining for two years and are expected to fall from 4.5% in 2011 to 3.5% of GDP in 2012 – and undertake structural reforms.”