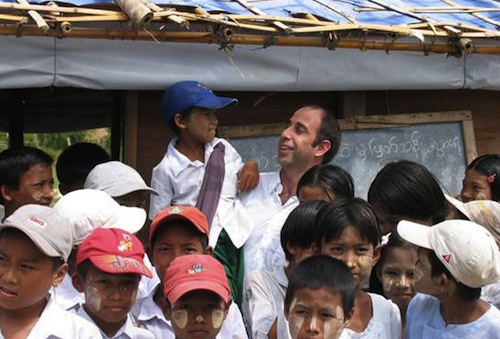 A United Nations independent expert today welcomed the reforms that have been taking place in Myanmar while stressing that key human rights issues remain unaddressed, particularly in the states of Kachin and Rakhine where violence has displaced thousands of people.

Mr. Ojea Quintana called on authorities to address the issues of truth, justice and accountability through the creation of a truth commission, adding that this is crucial for the process of national reconciliation and to prevent future human rights violations.

He also underlined the importance of focusing on implementing the recent reforms, in particular in the areas of training for police, the army, judges and lawyers. “As time passes it becomes more urgent to address these shortcomings before they become entrenched,” he said.

During his five-day trip, Mr. Ojea Quintana visited Naypyitaw, Yangon, Kachin and Rakhine, and met with Government officials, the National Human Rights Commission, civil society and former prisoners of conscience, among others. He also met with Daw Aung San Suu Kyi, the Chairperson of the National League of Democracy.

The Special Rapporteur said he was particularly concerned by the escalation of military offensives in Kachin, where some 75,000 people have fled their homes since fighting began in June 2011 between Government troops and rebels.

“The ongoing large military presence, which remains beyond the reach of accountability mechanisms, means that serious human rights violations are continuing there,” he said, adding that the resolution of the conflict will need to address the role played by ethnic minorities in the reconstruction of the nation.

Security issues in the state are also hindering humanitarian access, and Mr. Ojea Quintana stressed that all administrative and political obstacles should be removed to improve access.

Regarding Rakhine state, where several waves of clashes between ethnic Rakhine Buddhists and Rohingya Muslims have left 115,000 people displaced, Mr. Ojea Quintana warned the violence threatens to spread to other parts of the country and could potentially undermined the reform process in the country.

“Both Muslim and Buddhist Rakhine communities continue to suffer the consequences of violence that the Government has finally been able to control, though question marks remain over the extent to which excessive force has been used,” he said.

The living conditions of some 120,000 people who are living in internally displaced camps are especially worrying, the expert said, without adequate health care in the larger Muslim camps.

“This is not just a matter of lack of resources, but requires the safe passage of humanitarian assistance to these camps. Currently, local and international medical staff are unable to provide medical care to some of the Muslim camps due to the threats and harassment they face from local Rakhine Buddhist communities,” he said. “I urge the local authorities to send a clear message through their networks that this harassment of staff is not acceptable.”

Mr. Ojea Quintana said it is also important to address the distrust between the two communities through dialogue and community initiatives to begin the process of repairing relations. “The facts of what has happened need to be established and those responsible for human rights violations held to account, which I hope the Investigation Committee established by the President will help to do in its upcoming report which should be made public.”

Special rapporteurs are appointed by the UN Human Rights Council to examine and report back on a country situation or a specific human rights theme. The positions are honorary and the experts are not UN staff, nor are they paid for their work. Mr. Ojea Quintana is scheduled to present a full report on his visit in March.