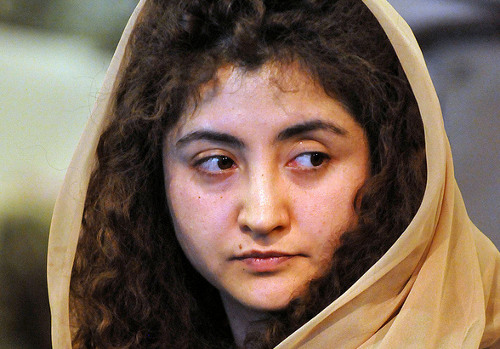 Farkhunda Zahra Naderi, a parliamentarian from Afghanistan, is one of the winners of the N-Peace Award which recognises women leaders and peace-builders across the Asia-Pacific region, reported UN radio on Saturday.

Ms. Naderi was elected as the Kabul representative in the Afghanistan National Assembly, with the support of National Unity Party of Afghanistan (NUPA) in 2010. In the parliamentary election, she launched the most controversial campaign in Afghanistan with the slogan Chadari the Window of Power, with a focus on the fight to educate and empower Afghan women. Since the election she has continued the fight for women’s issues working on: the political participation of women in the Supreme Court; the EVAW (Elimination of Violence Against Women) Law; Election Laws; and she has carried out advocacy calling on UNSCR 1325, especially advocating for women’s increased participation in peace processes, particularly in the High Peace Council.

N-Peace is a network of tens of thousands of peace advocates who communicate online to share ways to promote and keep peace in their countries.

“Women are often at the front-lines of conflict, but they rarely make the headlines” commented Gerry Adams on the N-Peace Award in a World Bank report. “This is the principle behind the N-Peace awards – to recognize the often invisible efforts and contributions of women who demonstrate leadership roles in building peace and empowering their communities.”

The N-Peace Awards aimed at first to profile leading women peace builders across all N-Peace network countries; Nepal, Sri Lanka, Timor-Leste, Indonesia. Two new countries were added to the network in 2012, the Philippines and Afghanistan.

Sub-categories of the N-Peace Awards, Men who Advocate for Equality and Emerging Peace Champions, were selected based on the inputs of a selection panel made up of former N-Peace Award 2011 Awardees. The panellists were engaged in two step process of short-listing and an assessment of candidates against criteria provided by the N-Peace Partners.

Following an online open voting process for Role Models for Peace, the N-Peace Award received over 90,000 votes in support of the nominated candidates. After they had all undertaken verification to ensure the legitimacy of all votes, approximately 55,000 votes in total were accepted.

The campaign to uncover the power of women’s leadership and peace builders resulted in 100 nominations of ladies working at different levels, and set a precedent in showing the immense capacity to build peace and inspirational stories of courage and leadership.

As on the N-Peace web-page, among the other nominees was Ms Amina Azimi, Afghanistan, who played a key role in creating an advocacy committee called Women with disabilities Advocacy Committee (WAAC), which focuses on advocating for the promotion and protection of the rights of women and girls with disabilities. In early 2011 she created Empowering Women with Disability (EWD) and started training nearly 400 women with disabilities and their families.

Another nominee of particular importance for her country is Ms Radha Paudel, Nepal. Ms Paudel is the founder and president of Action Works Nepal (AWON), an NGO that works in the most conflict affected regions of Nepal, with the most vulnerable communities. Today, with 17 years of experience in various organizations – including CARE Nepal, the Centre for Development and Population Activities (CEDPA) Nepal, and the Nepal Safer Motherhood Programme – she has become a key figure in Nepal’s peace building work, involved in a range of activities to support civil society.

Finally, Ms Teresita Quintos-Deles, Philippines. Ms Quintos-Deles was the first woman to be appointed as the Presidential Adviser for Peace Process in the Philippines in 2003, and was later reappointed by President Benigno Aquino, Jr. (2010 to present). During her leadership, the Philippines became the first country in Asia-Pacific to adopt a National Action Plan on UNSCR 1325 (Women, Peace and Security).

Ms. Deles has also been one of the most respected NGO leaders in the Philippines; a co-founder of the Coalition for Peace, the Philippines’ first citizen’s peace formation to emerge after the 1986 People Power uprising, she was a co-convenor of the first “International Conference on Conflict Resolution in the Philippines” in 1988; convenor of the “International Consultation on Women as Peacemakers: Toward Beijing and Beyond” in 1995; and was Vice-Chairperson of the Forum on Early Warning and Early Response (FEWER) since 1999.