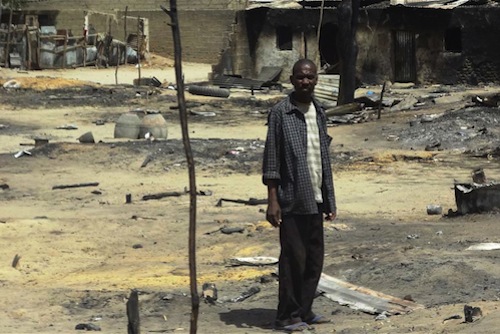 In a press briefing in Geneva, the spokesperson for the UN Office of the High Commissioner for Human Rights (OHCHR), Rupert Colville, reiterated calls on Boko Haram and other extremist groups in Nigeria to cease their “cowardly attacks” against civilians and politicians, members of Government institutions, security forces and foreign nationals.

“The High Commissioner has also noted that members of Boko Haram and other groups and entities, if judged to have committed widespread or systematic attacks against a civilian population – including on grounds such as religion or ethnicity – could be found guilty of crimes against humanity,” Colville added.

“Deliberate acts leading to population “cleansing” on grounds of religion or ethnicity could also amount to a crime against humanity,” he stressed.

In recent weeks, more than 220 people have been killed in violent clashes between military forces and the Islamist group, Boko Haram.

OHCHR has urged the Nigerian Government to abide by human rights principles during security patrols, saying it is concerned about the large number of casualties, reportedly including many civilians, and massive destruction of houses and property.

“We urge the Government of Nigeria to ensure the regime of safeguards set out in international human rights law is respected during its emergency operations,” Colville reiterated.

In a statement yesterday from his spokesperson, Secretary-General Ban Ki-moon said he remains very concerned about the ongoing instability in the country and underscored the need for all concerned to fully respect human rights and to safeguard the lives of all Nigerians.