Posted on: October 23rd, 2013 by Tina Michalitsis No Comments

One in three ill with tuberculosis missed by health systems; WHO 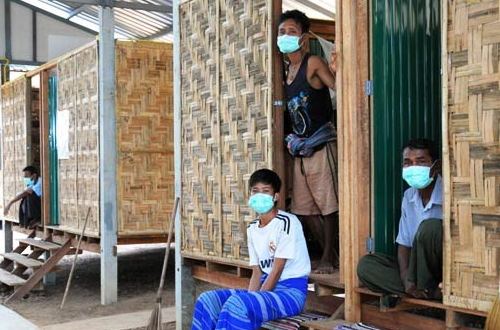 Treatment has saved the lives of more than 22 million people with tuberculosis (TB), according to a new report by the United Nations health agency that also reveals that the number of deaths from the disease fell to 1.3 million last year.

The Global Tuberculosis Report 2013, published today by the World Health Organization (WHO), confirms that the world is on track to meet the Millennium Development Goals (MDGs) target of reversing TB incidence, along with the target of a 50 per cent reduction in the mortality rate by 2015 (compared to 1990).

The report also underlines the need for a “quantum leap” in TB care and control which can only be achieved if two major challenges are addressed, WHO stated in a news release.

First, there are around three million people – equal to one in three people falling ill with TB – who are currently being ‘missed’ by health systems. WHO estimates that 75 per cent of the three million are in 12 countries.

Also, the response to test and treat all those affected by multidrug-resistant TB (MDR-TB) is inadequate. Not only are the links in the MDR-TB chain weak, the links are simply not there yet, according to the report. WHO estimates that 450,000 people fell ill with MDR-TB in 2012 alone. China, India and Russia have the highest burden of MDR-TB followed by 24 other countries.

At the heart of both challenges, said WHO, is insufficient resources for TB.“Quality TB care for millions worldwide has driven down TB deaths,” said Mario Raviglione, WHO Director of the Global TB Programme. “But far too many people are still missing out on such care and are suffering as a result. They are not diagnosed, or not treated, or information on the quality of care they receive is unknown.”

While the number of people detected worldwide with rapid diagnostic tests increased by more than 40 per cent to 94,000 in 2012, three out of four MDR-TB cases still remain without a diagnosis.

Even more worrying, WHO pointed out, is that around 16,000 MDR-TB cases reported to the agency in 2012 were not put on treatment, with long waiting lists increasingly becoming a problem. Also, many countries are not achieving high cure rates due to a lack of service capacity and human resource shortages.

“The unmet demand for a full-scale and quality response to multidrug-resistant tuberculosis is a real public health crisis,” Dr. Raviglione stated. “It is unacceptable that increased access to diagnosis is not being matched by increased access to MDR-TB care.

“We have patients diagnosed but not enough drug supplies or trained people to treat them. The alert on antimicrobial resistance has been sounded; now is the time to act to halt drug-resistant TB.”

Another challenge, according to the report, relates to the TB and HIV ‘co-epidemic’. While there has been significant progress in the last decade in scaling-up antiretroviral treatment for TB patients living with HIV, less than 60 per cent were receiving antiretroviral drugs in 2012.

The report recommends five priority actions that could make a rapid difference between now and 2015. These include reaching the three million TB cases missed in national notification systems by expanding access to quality testing and care services across all relevant public, private or community based providers, including hospitals and non-governmental organizations which serve large proportions of populations at risk.

Other priorities include addressing with urgency the MDR-TB crisis; intensifying and building on TB-HIV successes to get as close as possible to full antiretroviral therapy (ART) coverage for people co-infected with TB and HIV; increasing domestic and international financing to close the resource gaps – now estimated at about $2 billion per year – for an effective response to TB in low- and middle-income countries; and accelerating rapid uptake of new tools.

“The WHO Global TB report highlights the very big gains the global community has made in the fight against tuberculosis,” said Osamu Kunii, Head of the Strategy, Investment and Impact Division of the Global Fund to Fight AIDS, Tuberculosis and Malaria.

“We are now at a crucial moment where we cannot afford to let these gains go into reverse. We need the commitment of the international community to address the significant funding gap to fight this disease.”