Posted on: April 3rd, 2013 by Julie jalloul No Comments

Prisoner dies in Israel of cancer; Second leading cause of death in Palestine 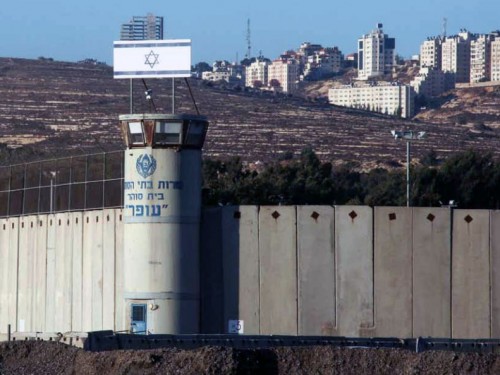 Palestinian leaders and human rights groups on Tuesday accused Israeli prison authorities for Abu Hamdiyeh’s death, saying that the prisoner did not receive treatment until his cancer had spread.

“The death of Abu Hamdya can be labeled as direct assignation where Israel left him to die without providing him the required medications. Abu Hamdya suffered larynx cancer for the past few months,” UFree Network to defend the rights of Palestinian prisoners said in a statement.

“Despite his chronic disease, Maysra was medically ignored by Israeli prison authorities. He was denied health care and admitted to the hospital very late.”

According, to his family, many requests were made so specialized doctors can see him. However, the Israelis refused all those requests and continue to give him normal pain killers instead of real medical treatment.

Meanwhile, an official Palestinian human rights report has affirmed that chronic disease had spread among Palestinian prisoners in Israeli occupation jails, according to the Palestinian Information Center.

A report by the ministry of prisoners in Ramallah on Monday said that 25 Palestinian prisoners are cancer-stricken due to medical neglect in Israeli prisons.

It said that most of the cancer cases were detected after spreading in the body of the victims.

The Information Center at the Ministry of Health in Ramallah said that cancer was the second-leading cause of death in Palestine during the last year, after heart disease.

More than 4,500 Palestinians are held as prisoners in Israeli jails. Israel claims most of them intended or carried out anti-Israeli attacks.