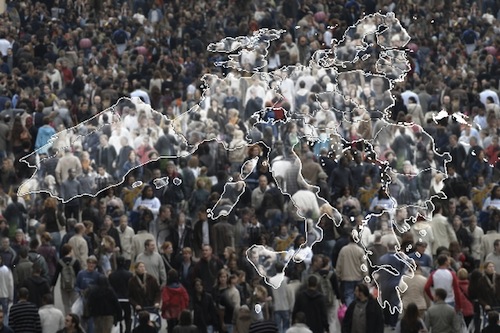 Almost half of the Europeans surveyed think that combining public spending cuts with measures to boost economic growth is the best way to end the current economic crisis, says the latest European Parliament Eurobarometer poll. Over half (55%), say these measures should be coordinated among Member States. Most Europeans also say that financial help for Member States in difficulty must be conditional on compliance with common rules (80%).

Over half (55%) would feel better protected by measures coordinated with other EU Member States, but 38% (up three percentage points compared to the previous Eurobarometer in September 2011) would prefer their countries to go it alone. Within the euro zone, 61% favoured coordination, compared to only 43% outside it.

Although they favour solidarity, most Europeans say financial help for Member States in economic or financial difficulty must be made conditional upon compliance with common rules (80%), such as jointly-defined rules on deficits. They also say that penalties should be imposed when these rules are broken (72%).

Most Europeans (66%) feel that pooling part of the public debt would benefit only those Member States that are in dire straits, but 64% (up 3 percentage points), feel that it should be done in the name of solidarity nevertheless.

Most (66% – up five points) now also favour a financial transaction tax. However, there is a 20 point difference between those within the euro zone (73% in favour) and those outside it (53%). The strongest support for such a tax is found in Greece, Cyprus, Italy, Portugal and Spain.

“The results show that the European Parliament has been acting in the same spirit as that of the majority of the population in the laws and resolutions it has adopted since the beginning of the economic crisis. This proves we are on the right track and should be involved in all such decisions taken at EU level” said EP Vice-President co-Othmar Karas (EPP, AT), who shares responsibility for communication.

Vice-president and rapporteur on the financial transaction tax Anni Podimata (S&D, EL), was delighted to see “that an EU levy on financial transactions to put a brake on excessive practices is gaining real traction among all Europeans.” The European Parliament will vote Wednesday to give its opinion on the introduction of such a tax.

The “Crisis and the economic governance in Europe” is the fifth such survey, done by TNS opinion between 10 and 25 March 2012. It included face-to-face interviews with 26,593 Europeans aged 15 and over.