Posted on: January 23rd, 2013 by AlYunaniya Staff No Comments 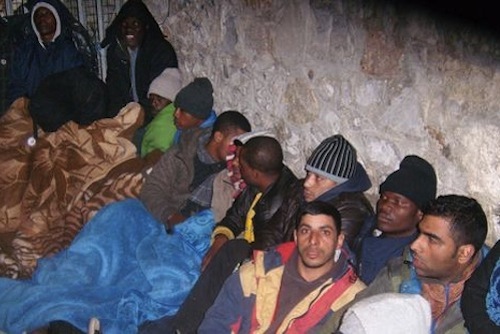 Stowaways on ferries from Greece, including children as young as 13, are sent back by Italian authorities within hours without adequate consideration of their particular needs as children or their desire to apply for asylum.

The report, “Turned Away: Summary Returns of Unaccompanied Migrant Children and Adult Asylum Seekers from Italy to Greece,” documents the failure of Italian border police at the Adriatic ports of Ancona, Bari, Brindisi, and Venice to screen adequately for people in need of protection, in violation of Italy’s legal obligations.

“Every year hundreds of people risk life and limb hiding in or under trucks and cars on ferries crossing the Adriatic Sea,” said Judith Sunderland, senior Western Europe researcher at Human Rights Watch. “Too often Italy sends them straight back to Greece despite appalling conditions and treatment there.”

Back in Greece, unaccompanied children and asylum seekers, like all migrants, are vulnerable to law enforcement abuse, degrading conditions of detention, and a hostile environment marked by xenophobic violence, Human Rights Watch said.

Italian and international law prohibit the removal of unaccompanied children without a determination that it is in their best interest. Yet, Human Rights Watch met with 13 children ages 13 to 17 who had been summarily returned to Greece. None of them were given access to a guardian or social services, as required by Italian and international law.  Although Italian government policy is to give an individual who claims to be a child the benefit of the doubt, Human Rights Watch research indicates that this policy is not being followed.

Overwhelming evidence of chronic problems with Greece’s asylum system and detention conditions has led to landmark European court rulings barring returns to that country under the Dublin II Regulation, which generally requires the first EU country of entry to process an asylum claim. Numerous EU countries have suspended transfers of asylum seekers to Greece as a result.

The Council of Europe commissioner for human rights, Nils Muiznieks, and the UN special rapporteur on the rights of migrants, Francois Crepeau, have both urged Italy to refrain from summary returns to Greece.