Risk of mass atrocities has possibly never been higher: UN 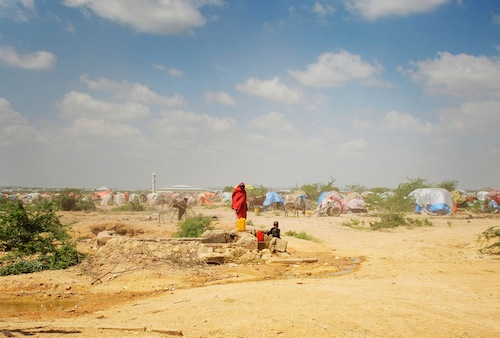 The number of situations around the world that clearly indicate a risk of mass atrocities has possibly never been higher, demanding urgent preventive action, the United Nations Special Adviser on the Prevention of Genocide said yesterday.

“We recognize the signs, we sound the alarm, but yet abuses continue to be committed and populations suffer the consequences,” Adama Dieng told the UN Human Rights Council in Geneva.

Addressing the 47-member body’s current session, Mr. Dieng said that genocide, unfortunately, is not a crime that has been relegated to the past.

“Despite the tragedy of the Holocaust, the killing fields of Cambodia, the genocides in Rwanda and Srebrenica and many other incidents of massive human rights violations, we still seem not to have learned our lesson,” he stated.

“In the face of the atrocities that are being committed still today, and our failure to prevent or halt their escalation, we must conclude that we have failed to fulfil our promise of ‘never again’.”

At a summit of world leaders in 2005, Member States adopted the principle of the responsibility to protect, sometimes known as ‘R2P,’ which holds countries responsible for shielding their own populations from genocide, war crimes, ethnic cleansing, and related crimes against humanity and requires the international community to step in if this obligation is not met.

In his role as Special Adviser, Mr. Dieng acts as a catalyst to raise awareness of the causes and dynamics of genocide, to alert relevant actors where there is a risk of genocide, and to advocate and mobilize for appropriate action.

“Today, we are witnessing a dangerous increase in ethnic and religious tensions in various regions and have seen extreme violence in countries such as the Democratic Republic of the Congo, Iraq, Kyrgyzstan, Mali, Myanmar, Pakistan, Sudan, and Syria, to name just a few,” he told the Council.

“While we cannot correct the failures of the past, we can at least learn from them and strive to create mechanisms that can help us prevent these atrocities from happening again.”

While he recognized the many important initiatives that the Council has already taken, Mr. Dieng said the UN’s main human rights body must continue to find ways to consistently address the present and future crises that pose serious threats to populations.

As much as possible, the Council should endeavour to anticipate and effectively engage at an early stage to pre-empt the escalation of tensions into potentially genocidal violence, he noted.