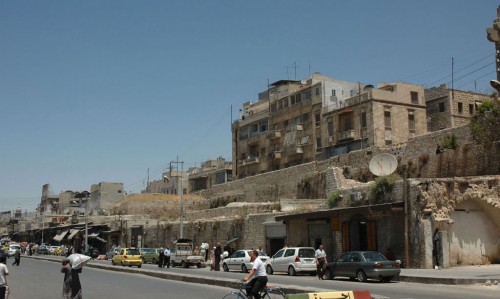 The Joint Special Representative of the United Nations and the League of Arab States on the Syrian crisis, Lakhdar Brahimi, yesterday appealed to Iranian authorities to assist in achieving a ceasefire in Syria during the upcoming Muslim holiday of Eid al-Adha.

In a meeting in the Iranian capital, Tehran, with President Mahmoud Ahmedinajad, Foreign Minister Ali Akbar Salehi, and the Secretary of the Supreme National Security Council, Saeed Jalili, the UN-Arab League representative underscored that a ceasefire during one of the holiest holidays celebrated by Muslims around the world would help create an environment that would allow a political process to develop, his spokesperson said in a statement.

“The Joint Special Representative for Syria told his interlocutors that what was needed in Syria today was real change; our primary goal, he said, is the welfare and well-being of the Syrian people and to help them build a future that meets their own legitimate aspirations,” the statement said.

Taking place in late October, the religious observance of Eid al-Adha – or the Feast of the Sacrifice – commemorates the willingness of Abraham to sacrifice his son Ishmael as an act of obedience to God.

During the meeting in Tehran, Mr. Brahimi also reiterated the call by Secretary-General Ban Ki-moon for a ceasefire and a halt to the flow of arms to both sides.

Mr. Brahimi has been holding talks with leaders in the region, including the Syrian Government and members of the Syrian opposition, to find a solution to the prolonged crisis. Last week, he met in Jeddah with the King of Saudi Arabia, Abdullah Bin Abdulaziz Al-Saud, and, over the weekend, he held talks in Istanbul with Turkey’s President Abdullah Gul and Foreign Minister Ahmet Davutoglu.

More than 30,000 people, mostly civilians, have died in Syria since the uprising against the regime of President Bashar al-Assad began some 19 months ago, according to activists. A further 2.5 million Syrians urgently need humanitarian aid, and over 340,000 have crossed the border to Syria’s neighbouring countries, according to UN estimates.

In its latest humanitarian bulletin, the UN Office for the Coordination of Humanitarian Affairs (OCHA) stated that the security situation continues to deteriorate as conflict has escalated in the cities of Aleppo, Damascus, Al-Raqqa and Homs. It also notes that fighting has moved to the Syrian-Turkish border and tension between the two countries has escalated.

OCHA and other UN humanitarian agencies are putting in place a winter strategy to ensure people have access to fuel, heating and electricity at a time when many have lost their livelihoods and the prices for basic services are increasing. The strategy also involves improving shelter conditions, distributing essential winter items, and providing cash assistances to affected families. OCHA also warned that the crisis is “seriously threatening people’s access to health as medical facilities and health professionals are routinely targeted during military operation by both parties to the conflict, in breach of international humanitarian law.”

On Monday morning, the World Health Organization (WHO) condemned attacks on health facilities in Syria, expressing deep concern about the serious implications of such attacks on medical personnel, patients and health infrastructure.

“WHO reinforces the obligation of all parties in a conflict under international humanitarian law to protect civilians, health facilities and health professionals during conflict. Health facilities must be treated as neutral premises and never be exploited for military purposes,” WHO said in a news release.

Almost 67 per cent of Syria’s public hospitals have been affected as a result of the conflict, and half of the country’s ambulances have been the subject of attack, leaving many of them out of service, according to the health agency. Vehicles transporting vaccinations have also been damaged, affecting the implementation of a national immunization programme.

“At a time when hospitals are overwhelmed with patients, it is vital that these facilities be protected and medical staff allowed to safely provide medical care to patients without any risk,” WHO noted.