Posted on: October 22nd, 2013 by Tina Michalitsis No Comments 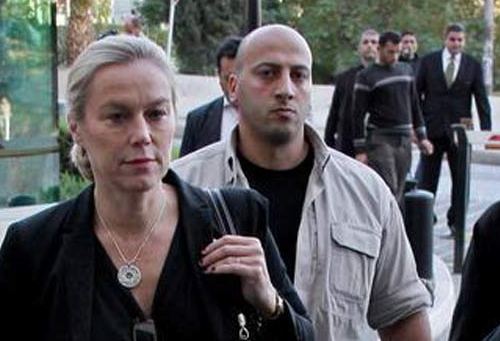 The Syrian Government has been fully cooperating with the destruction of its chemical weapons programme, the head of the joint mission of the Organisation for the Prohibition of Chemical Weapons (OPCW) and the United Nations said today.

“To date, the Government of Syria has fully cooperated in supporting the work of the advance team and the OPCW-UN Joint Mission,” said Special Coordinator Sigrid Kaag in a statement from Damascus.

She noted that the timeframes are “challenging” given the goal of eliminating the country’s chemical weapons programme in the first half of 2014.

Inspections so far have been conducted at 17 sites, the OPCW confirmed today. At 14 of these sites, the inspectors carried out activities related to the destruction of critical equipment to make the facilities inoperable.

“The Technical Secretariat continues to assist Syria in Damascus in finalising its initial formal declaration covering its chemical weapons and related facilities,” the OPCW noted on its website.

Meanwhile, the UN Refugee Agency (UNHCR) is racing against time to help Syrians prepare for oncoming winter as temperatures across the region are already dropping.

Spokesperson Adrian Edwards told journalists in Geneva that UNHCR relief aid has been delivered to some 2,500 people who have now been evacuated from Mouadamiya in Rural Damascus, where thousands are still believed to be trapped.

In addition to monitoring the general condition and protection concerns of these internally displaced people, UNHCR delivered relief items including mattresses, blankets, cooking sets, hygienic supplies and other aid.

Last week, through local partners, UNHCR delivered aid within the hard-to-reach city of Raqqa to more than 10,000 people. Raqqa, located in northern Iraq, hosts internally displaced people from Deir es Zour and from Aleppo, 160 kilometres to the west.

“UNHCR observed that many of the displaced are living in buildings that lack windows, doors and electricity. People in this area will soon urgently require thermal blankets and plastic sheets to deal with winter temperatures,” Edwards said.

“Virtually every town and city across Syria is affected by the conflict or hosts traumatized, displaced people,” the spokesperson said.

Women told us they lacked privacy in the collective shelters, Edwards noted. He added concerns about the vulnerability of women, many heading broken households.

In addition, the UN agency is worried about the impact of the crisis on young people, almost two million of whom have dropped out of school and a growing number of which are being exploited for labour or recruited into armed groups.