Posted on: November 19th, 2012 by AlYunaniya Staff No Comments

Syria lashes out at France,Turkey, Qatar for supporting ‘terrorism’ 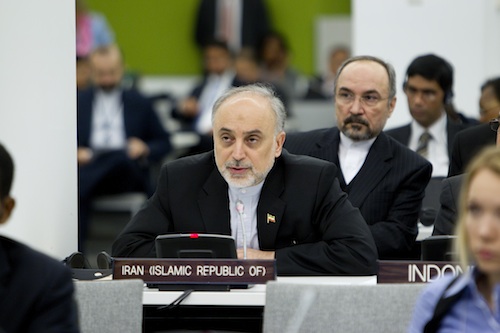 Syrian officials lashed out Sunday at foreign governments that have recognized the opposition, as Israel shelled Syrian fighters after gunfire from the civil war  in Syria spilled over to the  Israeli-controlled Golan Heights.

Syria’s information minister, Omran al-Zoubi, accused France along with Turkey and Qatar of supporting “terrorism” in Syria by recognizing the new opposition Syrian National Coalition , including the acceptance of an official envoy in Paris, to remarks he made in an interview on al-Alam News Channel.

” This adoption proves again the involvement of the ruling institution in France, regardless of the president, along with Turkey and Qatar in supporting terrorism in Syria.”

Al-Zoubi stressed that the Syria opposition abroad has lost its free and independent will regarding accepting dialogue or not.

Meanwhile, Iran, hosted a summit in Tehran on Sunday to seek an end to the conflict in Syria.

Iranian officials said about 200 Syrian “political characters” had participated but there was no indication that the Syrian National Coalition, a new umbrella opposition group led by Sunni Muslim cleric Mouaz Alkhatib, had attended, according to Reuters.

Iran has backed the government of Syria, throughout the conflict, reportedly providing arms and training for government forces. In turn, Iran  has accused Western and Arab nations of stirring violence in Syria by arming opposition groups.

The Iranian Foreign Minister, Ali Akbar Salehi said in a speech in Tehran on Sunday, that “some countries envisage arming the opposition with heavy and semi-heavy weaponry.”

Salehi said such arms deliveries would set a “dangerous precedent” and constitute “a clear interference in the affairs of an independent country,” according to AFP.

His speech comes as EU foreign ministers are set to meet on Monday to discuss the lifting of the arms embargo to Syria.

France has publicly said it favours sending “defensive” weapons to the Syrian opposition, after recognising the new Syrian National coalition and deciding to host an ambassador in Paris.

There were reports Sunday of a minor exchange of fire across the border with Israel in the Golan Heights with no casualties, the third such incident reported this month, according to the israeli army.