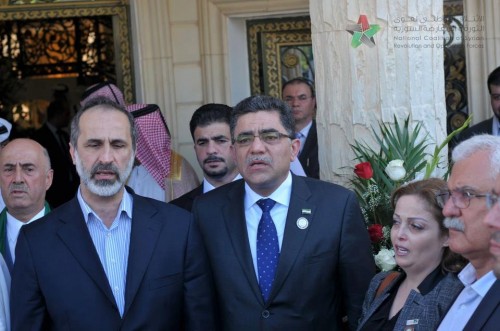 Mortar shells struck the campus of the University of Damascus on Thursday, killing dozens and wounding several others.

Mortar shells struck the cafeteria of the university’s architecture department in the central Baramkeh district killing 15 people, according to the Associated Press.

State media blamed the attack on “terrorists,” while the opposition attributed it to the government.

Loaey Mikdad, a spokesman for the rebel Free Syrian Army, denied the government’s allegations that the FSA had attacked the university, he told the New York Times in a telephone interview.

The Syrian Observatory for Human Rights reported the attack but put the toll at 10 people.

“The bombing of the Damascus University School of Architecture is a crime against the sanctity of universities and student life,” The Syrian National Coalition said in a statement.

“In continuation of its heinous crimes, and after the bombing of the University of Aleppo earlier this year, the Assad regime has once again attacked students with the bombing of the School of Architecture in Damascus. Dozens of students have been killed and injured. The Syrian regime continues to commit such unprecedented crimes in hopes of rebuilding the wall of fear that the children of Daraa tore down two years ago. The regime repeats these heinous crimes with the reassurance of international silence, which the regime views as a green light.”

The university mortar attack came as Syrian officials denied accusations by the opposition that an Iranian cargo plane carrying weapons to Assad’s regime was hit as it landed at Damascus International Airport.

“Damascus International Airport Administration stressed Thursday that work is continuous in the Airport normally and regularly, as the reception of the arriving plans and the departure of those travelling I is normal,” state-run media SANA said.

It added that news circulated by some media outlets, which are partners in the bloodshed of the Syrians, regarding the airport is false and untrue.

Separately, the Syrian opposition coalition, opened its first embassy in the Qatari capital Doha on Wednesday.