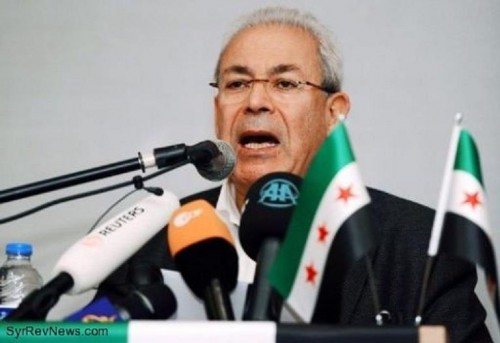 Syrian National Council President Burhan Ghalioun said on Thursday he was ready to step down, after increasing criticism of his leadership.

“I declare my resignation as soon as a replacement is found through elections or consensus,” Ghalioun announced in a statement released by the Syrian National Council’s official facebook page.

“The results of the presidential election of the Syrian National Council has created reactions and criticism . As I have repeadetly stressed, I have not chosen this post for personal gain, but I have been accepting it to preserve unity and I will not accept to be a cause for division,” he added.

Ghalioun, who has led the Syrian National Council by consensus rather than through election since it was founded in October 2011, was re-elected as the main opposition group’s chairperson in a vote held in Rome on Tuesday despite SNC rules that require the chairperson’s rotation every three months, Reuters reported.

Some  activists have criticised him for being out of touch with the opposition inside Syria and for failing to unify the SNC.

“For my part I will remain to serve the revolution, I work from my side as a member of the Council, hand to hand combat with young people, youth, freedom, dignity, revolution until victory.

Ghalioun’s announcement came shortly after the Local Coordination Committees, a network of activists on the ground in Syria, threatened to pull out of the SNC over its “monopolization” of power, Al Arabiya reported.