The European Parliament floating over the South China Sea – analysis 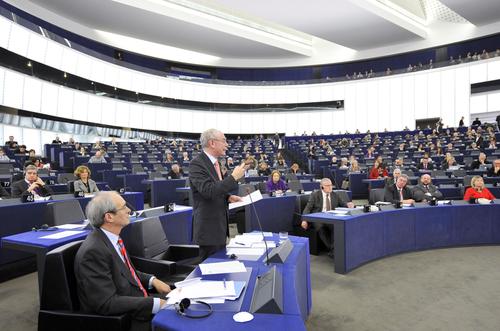 A group of European Parliament members, representing the House Delegation for South East Asia and the ASEAN countries (DASE), while visiting the Philippines last week said, they support the country’s move to refer territorial differences over the South China Sea to United Nations. Those differences involve six countries of the region the Philippines, China, Vietnam, Malaysia, Brunei and Taiwan. During the past months, the on-going for years frictions about territorial rights over the waters and the sea bed of South China Sea have led to naval confrontations between the Philippines and China. The former country has now chosen to refer those differences to the United Nations.

At this point, it has to be noted that this step by the Philippines does not mean that the causes of the conflict will be resolved by the UN. On the contrary, a whole lot of regional conflicts have been referred to the United Nations during the past decades, without the Organisation being able to offer any solution. The most well-known issues of that kind are the invasion and occupation of North Cyprus by the Turkish armed forces and the Palestinian problem.

In this case, the Philippines’ government seems to have taken this decision knowing very well that it will not lead to a solution, at least not in the foreseeable future. On top of that, given that China is a permanent member of the UN‘s Security Council with veto power, the Philippines is obviously seeking not a solution but rather an infinite procedure without possibility of a final settlement.

According to UN procedures, China has to answer until 21 February, if it accepts or not this intermediation. Officially, the European Union has not taken sides in this conflict. The European Parliamentarians who visited the Philippines last week do not belong to a Parliamentary Committee. They represent a Delegation for relations with the countries of Southeast Asia and the Association of Southeast Asian Nations (ASEAN), chaired by Werner Langen who belongs to the group of the European People’s Party (Christian Democrats), a member of Parliament from Germany.

This delegation’s remit covers European Parliament relations with the ten countries of South-East Asia which are members of ASEAN (Brunei Darussalam, Cambodia, Indonesia, Laos, Malaysia, Myanmar, Philippines, Singapore, Thailand and Vietnam) and with ASEAN itself as an organisation (until 2004, this delegation also covered relations with South Korea). Every year, the members of the delegation participate in a number of working missions to the region and receive visits from members of the national parliaments of the ASEAN countries.

The inter-parliamentary delegations’ main objective is to establish channel and promote parliamentary dialogue with the partner countries’ legislative institutions and also with the parliamentary institutions concerned with integration at regional or sub-regional level. Such objectives are achieved by means of regular gatherings at Parliament’s places of work and in the ASEAN region, during which topics of mutual interest in the national, bi-regional and international spheres are discussed.

In any case, the EU position over the South China Sea conflict as expressed by the executive Commission and the European Council has not changed.

From Europeansting.com [by permission]